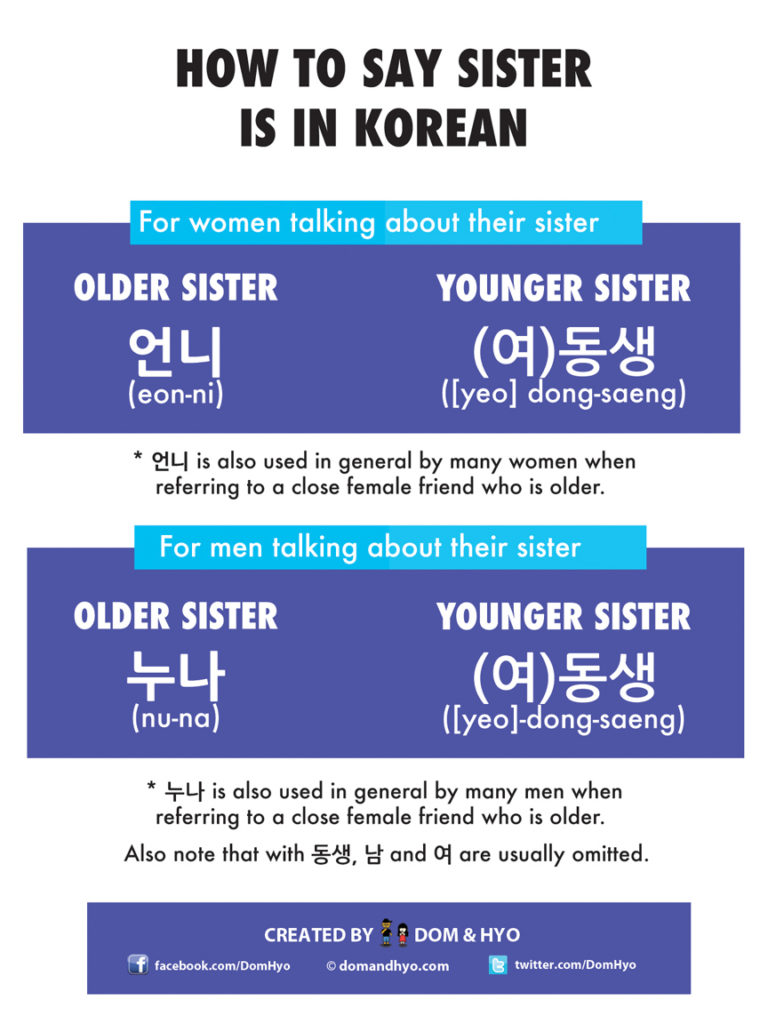 언니 (eon-ni) = This is used by women to refer to their older sister. It would also be used if you are close friends with a woman who is older than you. Remember that 친구 (friend) is only used towards people who are the same age.

(여)동생 ([yeo] dong-saeng) = 동생 is used to refer to your younger siblings. Sometimes people add 여 (woman) or 남 (man) to make a distinction as to whether their younger sibling is their sister or brother. However most times, these are left out, and people simply say 동생.

누나 (nu-na) = This is used by men to refer to their older sister or a woman who is a close friend and also older than them.

And that’s it! Very simple. Check out some of our other posts on family vocabulary below: