How to Say Dad in Korean 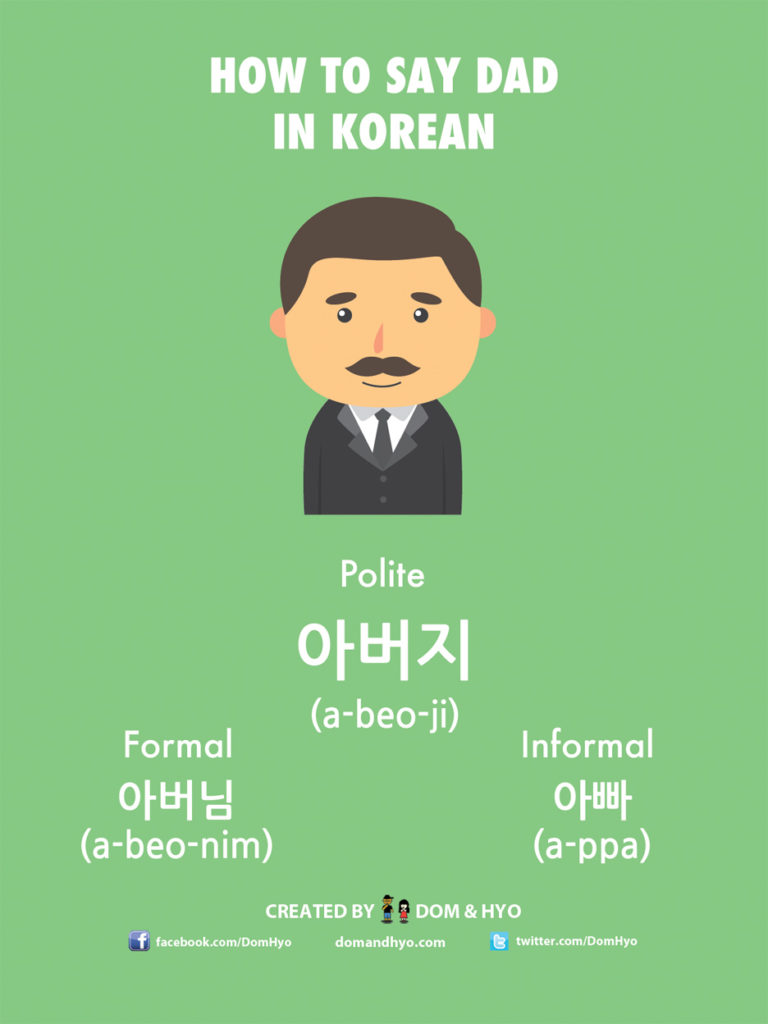 Hey everyone. Dom here again ready to bring you another “How to Say in Korean” post.

We’ve done some other posts related to family vocabulary and phrases so you will want to check those out as well (more to come):

For today’s word, we’re talking about how to say dad/father in Korean. There are three main ways to say dad in the Korean language.

This is the most common form you will see and use. You would call your own father by this name. However, you would never use this word for someone else’s father.

This is the formal version of the word father. You would address your own father by this term in formal situations (like a special birthday dinner or wedding). You would also use this to refer to someone else’s father or for your father in law. I call Hyo’s father by this name all the time.

This is the informal/casual form of the word father and most children use this for this father in all situations except very formal ones. Like the word 아버지, you would only use this for your own father and not someone else’s.

The most common way of saying my father would be to say “우리 아버지”. Korean like to use 우리 not only for “we”, but “my” or “our” as well even when referring to one person. It is also acceptable to use the formal “저희” to refer to my as well: