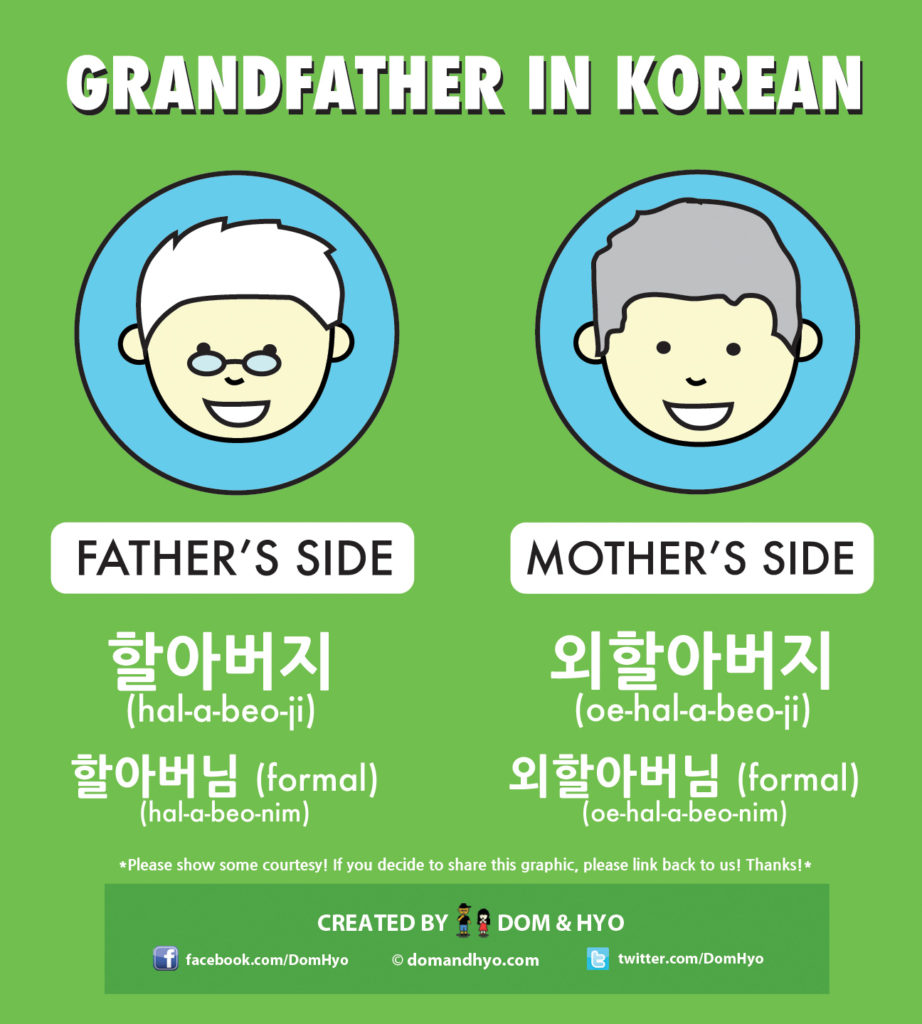 Korean family vocabulary can be a bit difficult to learn for learners of Korean. Even Koreans don’t know all the proper terms for family members. The reason being is that unlike in English where “grandpa” or “grandma” can be used for both sides of the family, that’s not the case for Korean. This applies to all family titles.

In addition to that, you have formalities that can be added. For grandfather, the term “할아버지” is most commonly heard and used. It’s akin to “grandpa” in English. The formal version drops the “지” and replaces it with “님” to make “할아버님” which is like grandfather in English.

For the mother’s side, you would keep the spelling of both and just add “외” to the beginning. It can seem difficult at first, but gets easier as you go along. I actually kind of like it as you immediately know which grandparent someone is referring to by whether the 외 is added or not. For more on family vocabulary, check out earlier post.

Vocabulary in this infographic: