How to Say Uncle in Korean 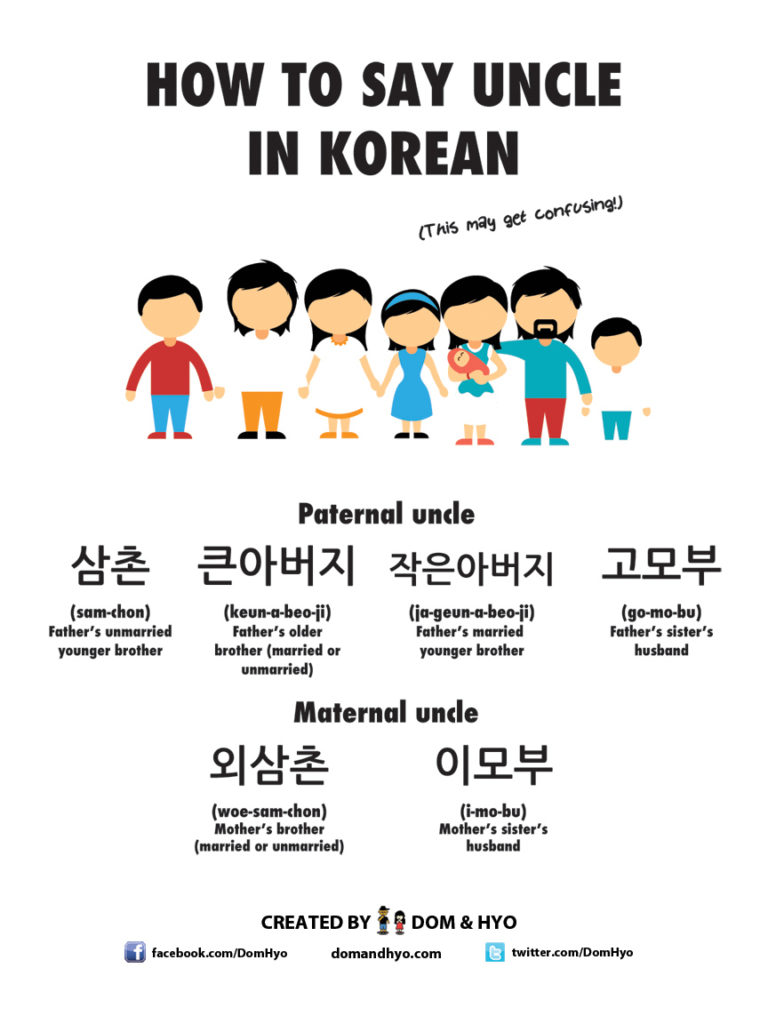 What’s up everyone! Hope everyone is ready for the weekend! If you haven’t check it out, go check out our recent infographic on Korean ramen. We got a good response from it and glad everyone liked it.

For today, we’re going back to some Korean family vocabulary. Learning family vocab is one of those things that can get very confusing very fast. To be honest, you probably will not use these often unless you marry into a Korean family. I’ve made it a point to know which terms to use for different family members in Hyo’s family and still get confused.

It’s still good to know them however for future reference.

Let’s start with the father’s side of the family:

Now let’s move on to the mother’s side of the family:

외삼촌 (woe-sam-chon) = Mother’s brother (married or unmarried). “외” (sounds similar to 왜) is used when referring to family members on the mother’s side of the family.

이모부 (i-mo-bu) = Mother’s sister’s husband. “이모” refers to your mother’s sister and “부” is used to refer to a wife or husband of someone else.

And there you have it! We also made a chart of Korean family terms if you want to find out more. As I said, it can be a bit confusing for some since most people use simply aunt or uncle. I have no idea why the Korean language added terms for every single person in the family, but it would be a good research project to find out. Even Hyo gets confused.