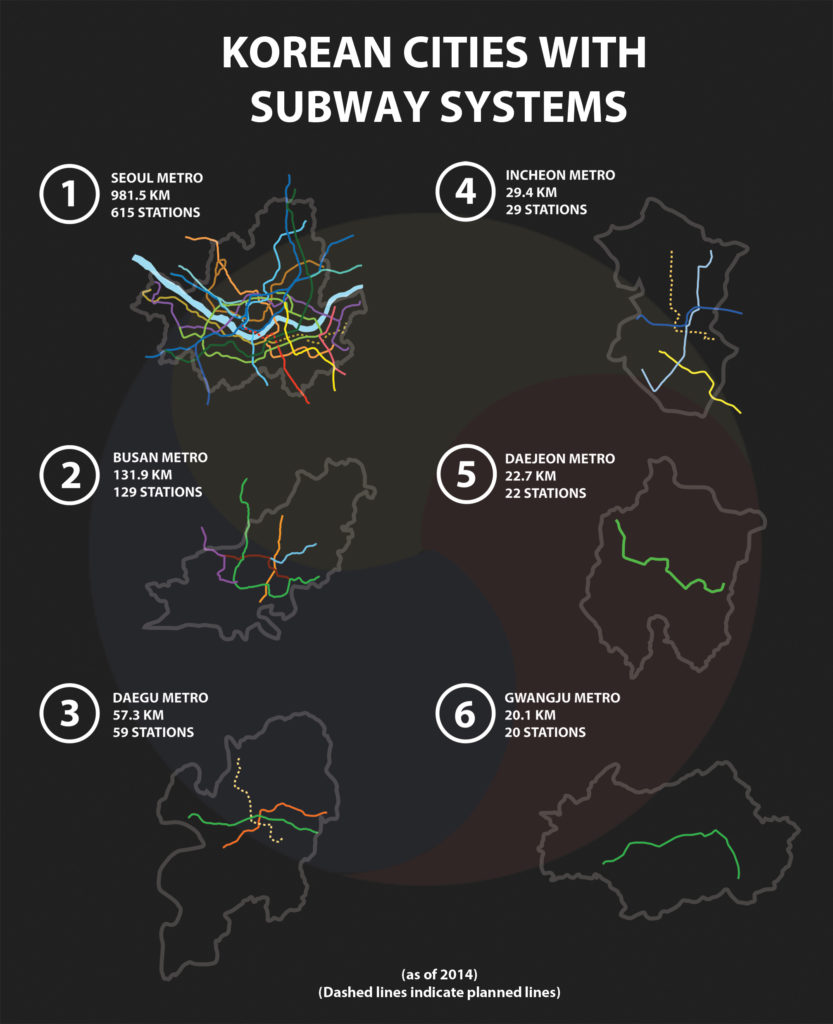 Up until recently, I thought the only cities with subways in Korea were Seoul, Incheon, and Busan so I decided to make an infographic about them. Don’t know how after 4 years of living here I had no idea about Daejeon, Daegu, and Gwangju. Of course outside of Busan and Seoul, the subway systems are smaller due to the population being smaller. I still think it’s pretty cool that these cities have a system though and hopefully I can try ’em out one day.

I currently live in Incheon, and patiently waiting for Line 2 to open up within the next few years. Which is your favorite system?