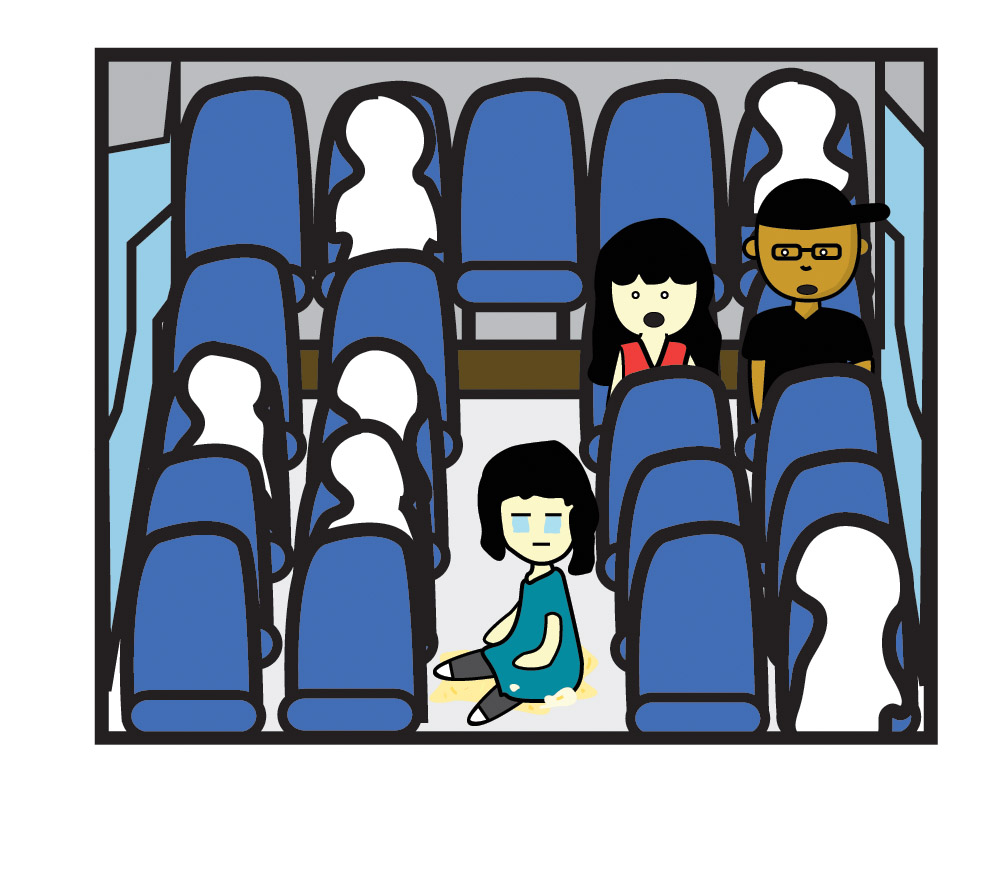 So this was only the start of a day filled with interesting bus incidents. There are two more which you will see in Pt.2, but this one was the most uncomfortable of them all. What’s funny is that before the woman boarded the bus, we were in the seats right behind her, but Hyo wanted to move further back. The smell wasn’t too good either lol. Actually, you could say it was just a bad day for the woman who threw up, and the woman who slipped. Sure we had to endure the smell, and jump, but I’d rather do that than fall in it.

On a side note, it was good to go back to Suwon for the first time in about 2 years. When I first came to Korea, Suwon was where I called home from April 2009-April 2010. Ahhh memories.