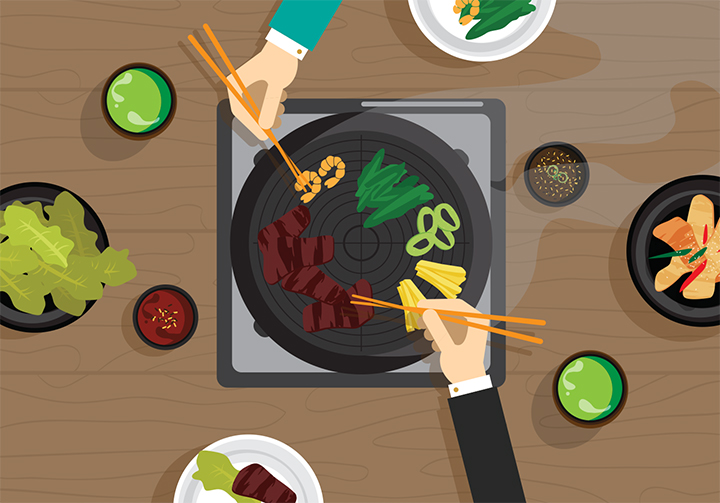 Asking someone how they are doing is a universal way cultures across the planet greet someone or show that they care about the person’s life or state of mind since they last saw them.

Today, we will teach you how to say “How are you doing” in the Korean language. This will prove useful when seeing your Korean friends and it’s a common phrase you’ll hear often so let’s get started!

Here, we’ll start with the most common versions of this phrase:

These use the standard politeness level that you can use with basically anyone with whom you are not close to or don’t know very well. When in doubt, simply use this version and you won’t have any trouble at all. If we break the first phrase down, we get:

지냈어요 which comes from the verb 지내다 which means to spend time.

So as you can see, the literal translation is more like “Have you spent your time well?” or “Have you been living well?” This verb has a lot of uses, and this is just one of them. We will cover its other uses in a future post.

For the second phrase, the verb remains the same, but 잘 has changed into 어떻게 which means how. Although this is the more literal version of “How are you doing?”, this is less commonly used than the first one.

Another way to say the phrase in the standard politeness form is:

Again, you can use this with people who you don’t know well and are in similar rank or age.

Here, we can see the word ‘잘’ again, but this time, the verb we are using is 있다 which when conjugated, turns into 있었요 (past tense). The literal translation for this phrase is something like “Have you been well?”

A good thing to know is that you will never want to use these with someone you’ve just met for the first time.

Now if you want to ask someone older than you or someone in a higher position than you how they are doing, you will want to use:

And for the lowest level of speech (casual), you can use:

Now, let’s move onto another way to say how are you doing. This one when translated, actually translates to something completely different, but the context makes its translation one of asking how someone is doing. Here it is:

Directly translated, this means “Have you eaten?” The reason why this evolved to be used in this manner is because for many years, Korea was a developing country with food being scarce. So saying you’ve had a meal was equated with health and no worries (at least until the next meal).

밥 is the word for rice, or meal in Korean, and 먹었어요 is the conjugated form of the verb 먹다 which means to eat.

If asked this question and you say you haven’t eaten, you just might see some food in front of you all of a sudden. So if you don’t want to run the risk of burdening someone with giving you food, then simply answer with “네 먹었어요” (Yes, I’ve eaten.) It’s a great way for Koreans to show they’re concerned about your well being.

And there you have it. Now that you know some useful phrases for this situation, go out and try saying them yourself!