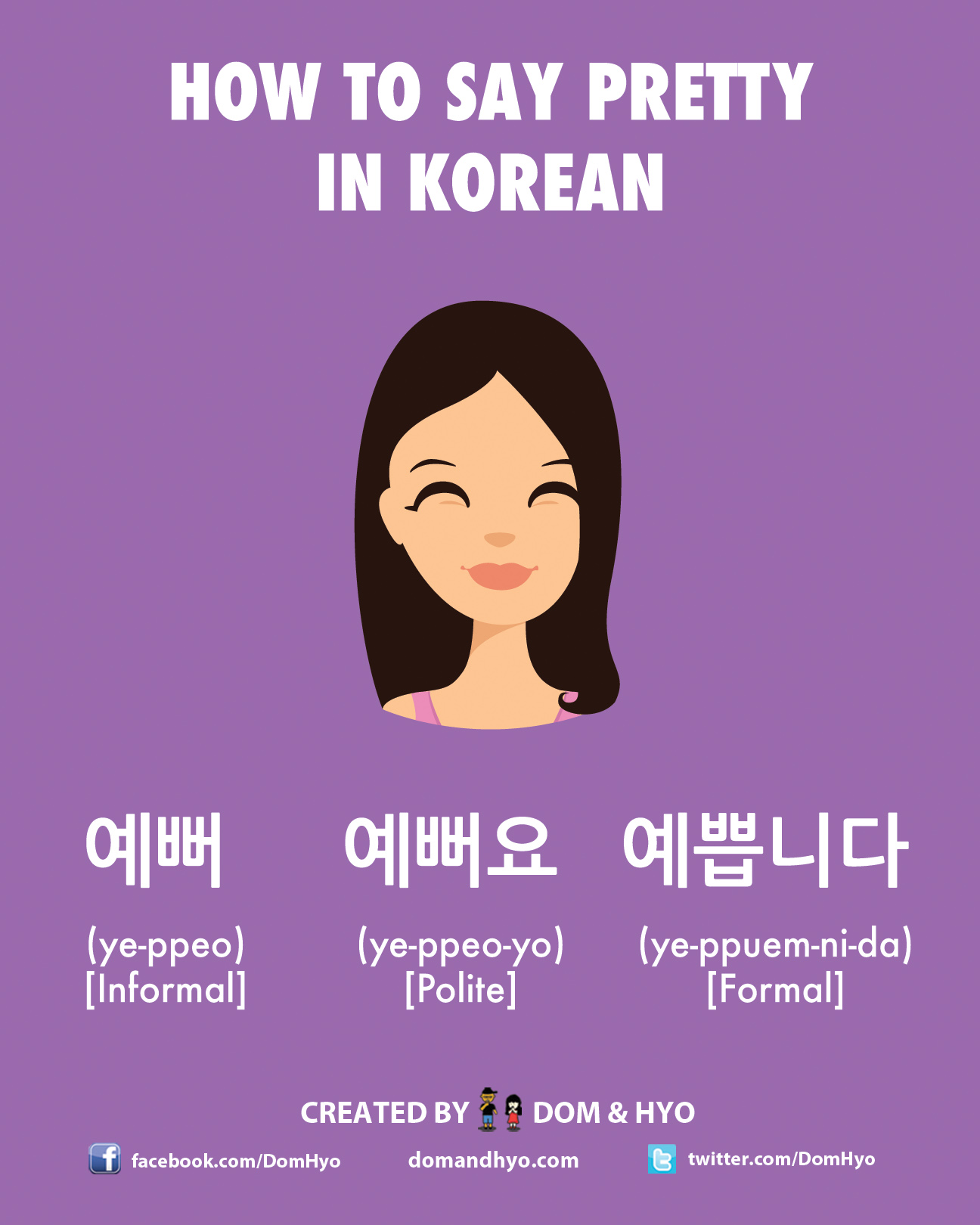 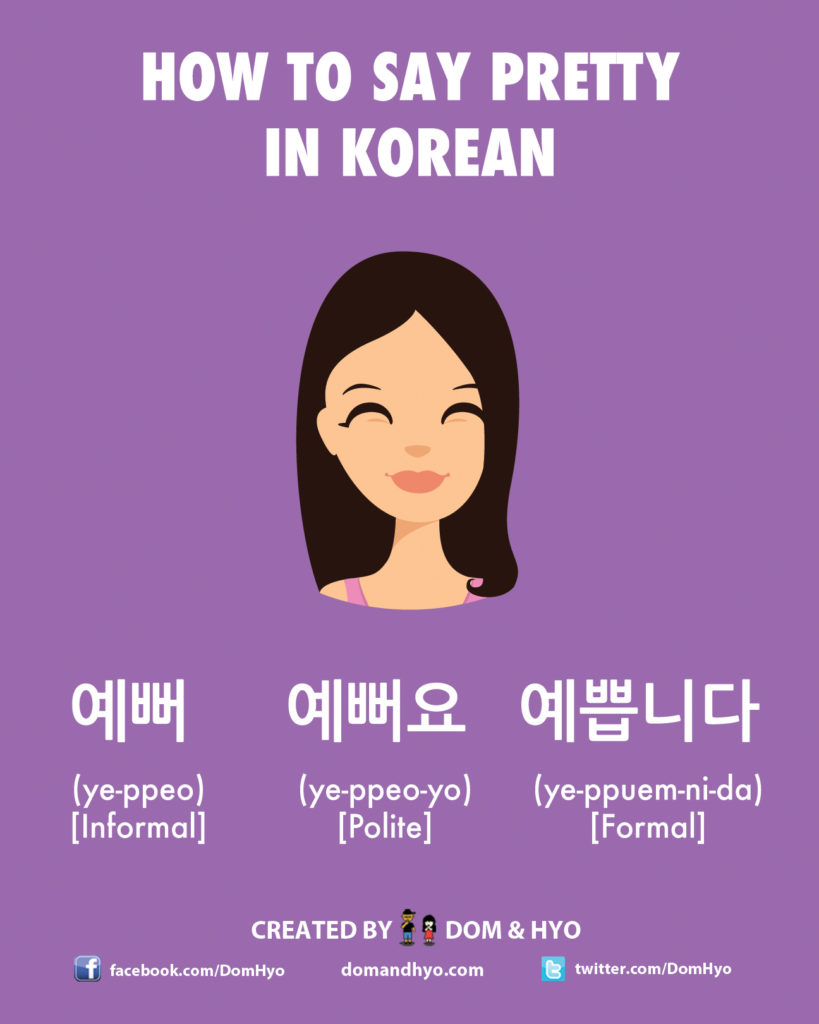 Hey everyone! We’re back for another short lesson. In this lesson, we’re going to teach you how to say pretty in Korean. Maybe you would like to give someone a compliment, or maybe you want to ask if something you bought is pretty (maybe a gift for someone?).

We will teach you the many ways to express pretty.

Let’s start with the basics.

If you just want to say someone is pretty, you can use the three phrases in the graphic above. Let’s break them down:

This is the informal way to call someone pretty. Use this around people closest to you like family and close friends.

예뻐요 (ye-ppeo-yo) = This is the polite way to say pretty in Korean. Use this around casual friends and people you don’t know well.

예쁩니다 (ye-ppeum-ni-da) = This is the formal version that you would use to people older than you in formal settings. Although you will hear the above forms way more often than this one, keep this one in mind for special occasions.

예쁘다 (ye-ppeu-da) = This is the standard dictionary form of the word pretty, but is also used in daily conversation like the forms above. This form is also considered informal.

Now, there is also a nonstandard form that people use. It is spelled “이쁘다” and is used mainly in daily conversation. It’s sort of a slang form of the word pretty and is rarely used in written form.

You would then use the noun form of 예쁘다. Just like with all other Korean verbs and adjectives, you do this by removing the verb stem, and adding “은” or “는” to the word.

If you want to say the same thing informally, you would say “예쁘지?” (ye-ppeu-ji)

And that’s it! Keep in mind that Koreans only use this for women. We will cover some other phrases related to appearance in future lessons!