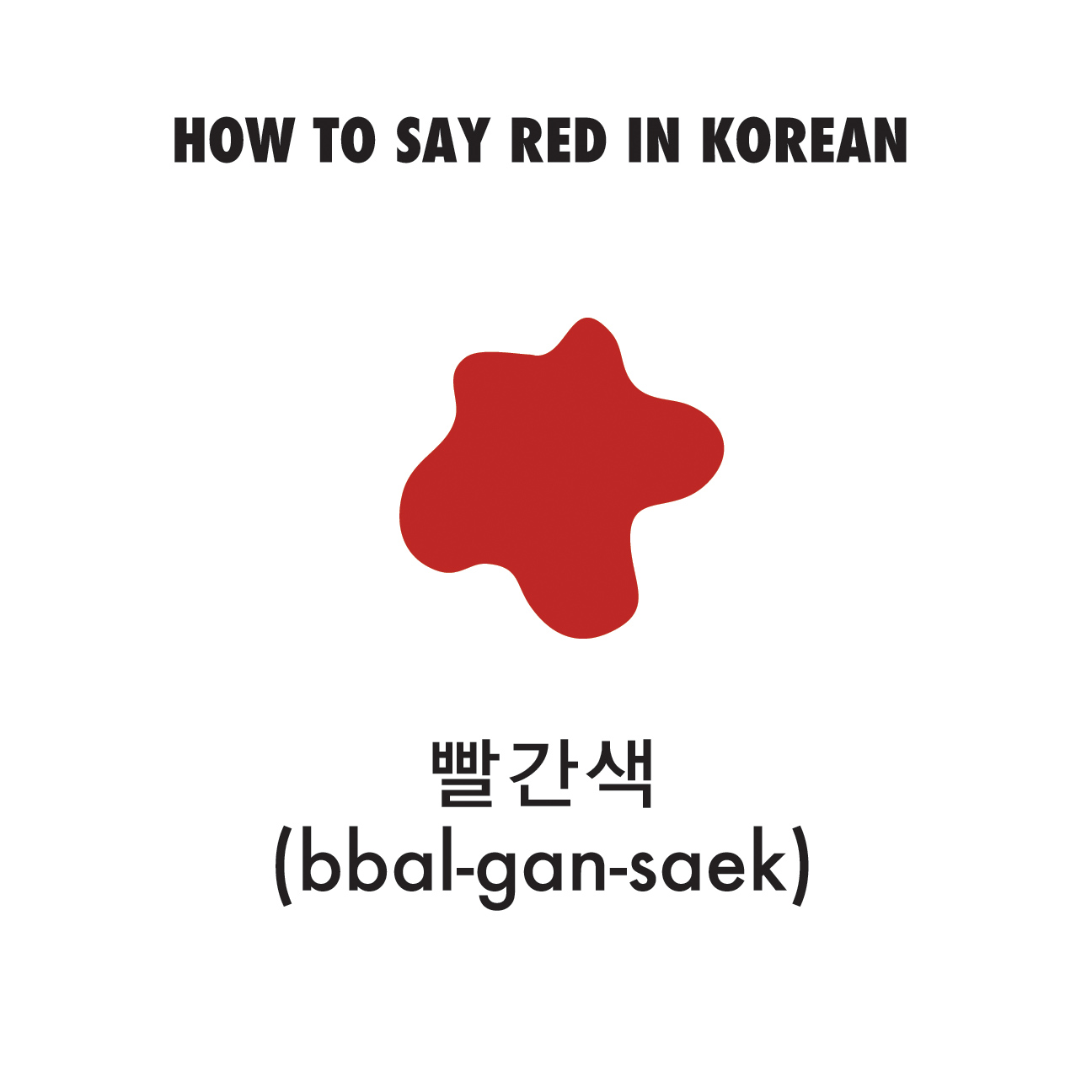 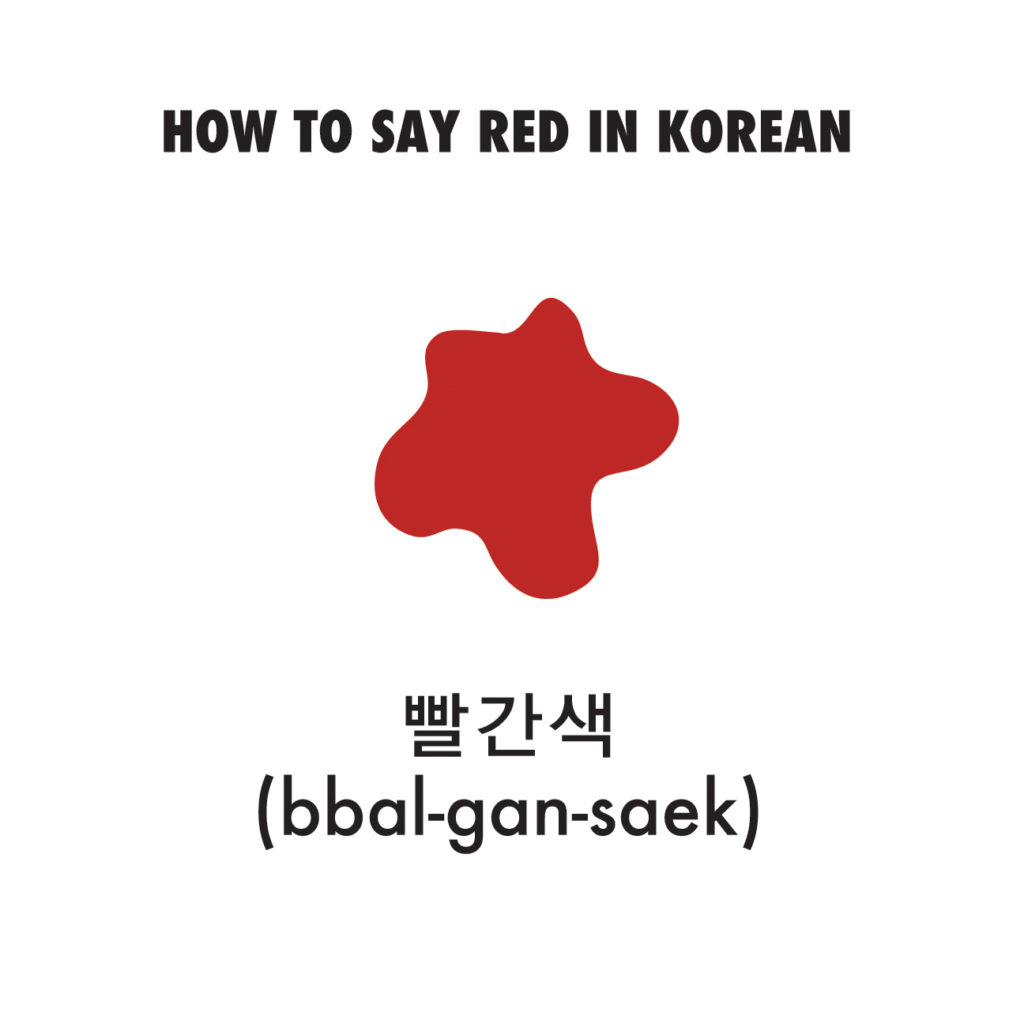 Colors can be a very complicated thing to learn in Korean. For starters, there are many words for the same color and each one has a different feeling when used. We’re not going to get too in-depth about those in this post, but we will be releasing an ebook soon that will go in more in-depth into colors.

For today, let’s just talk about the color red.

If you see the above word 빨간색, this is the standard noun form for the color red. So, if you just wanted to refer to the color itself, you would use this form. So just using the form 빨간색 would mean “the color red”. The syllable 색 acts as a noun modifier and means color.

Here is an example of how you could use it in a sentence.

Confusingly, there is another way to add a noun modifier. Let’s look at another version of the color red:

This is another noun form of the color red and often gets confused with the one above. You will hear and see many people using 빨강색 which is incorrect. Used by itself, it would also mean “the color red”.

Here is another example sentence using this form:

Now, let’s talk about the adjective forms of the color red.

As you can see here, this adjective form uses the base color word that you saw in the first example.

색 is not needed here as we are now not using the color as a noun but as an adjective. So how would we use this to describe things? Let’s take a look:

To put it simply, we just add this in front of whatever it is we are describing. Let’s take a look at the other adjective form of the color red. Also note that adding 색 (빨간색 사과) is still acceptable as they mean the same thing, however, using the forms in the 3 examples above are considered grammatically correct.

The literal meaning of this is “to be red”. If you want to state that something IS red, then you would use this. You can also conjugate this just like you would any other Korean adjective or verb. Here is an example:

It is an irregular descriptive verb, so it changes slightly when it is conjugated. This book is not focusing on grammar too much, so if you’re not familiar with verb conjugations quite yet, don’t get scared about them at this moment.

And that’s it! We will be doing more explanations of individual colors in future posts. in the meantime, learn some other basic colors from an earlier blog post of ours here.