I love bridges, so I enjoyed researching the bridges in Seoul for this graphic. Keep in mind I only did bridges within the actual Seoul city limits. There are several more bridges outside the city along the Han River that I may add to this graphic later. Bridges are listed in order from west to east along the Han River (Starting at the Seoul city limits). My favorite? Probably Yanghwa Bridge since I cross it often heading into Seoul. Korean artist Zion T even made a song about this bridge. 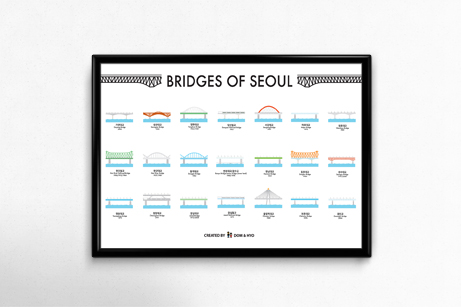 8 thoughts on “Infographic: Bridges of Seoul”