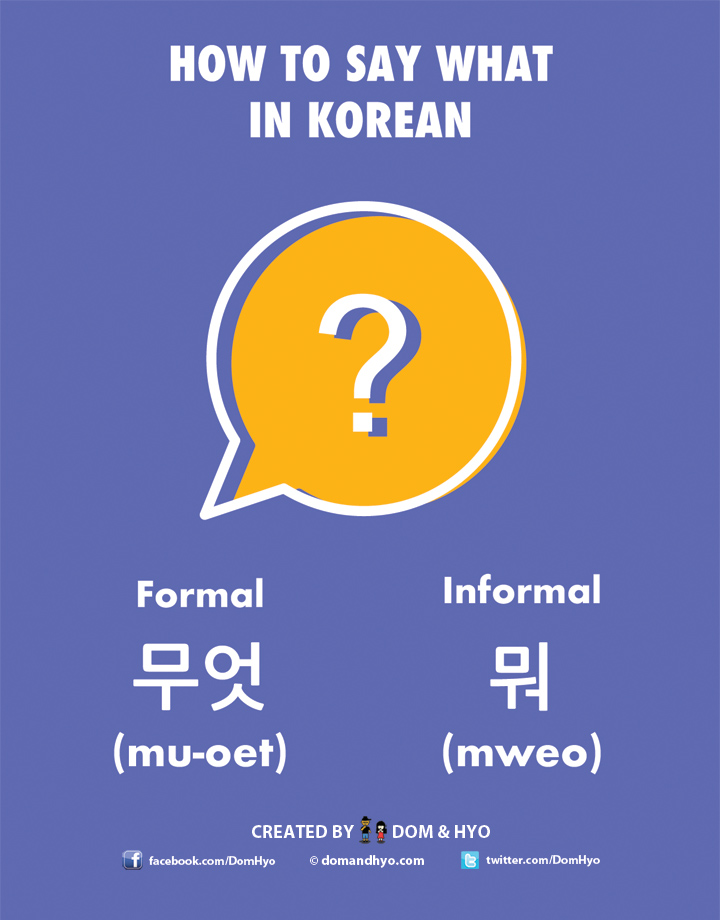 Hey everyone! Welcome to a new week. We hope you enjoyed your weekend. Today, we are going to teach you how to say “what” in Korean.

This fits in with other words like how, why, how, and where in that you need to know these. These words are very basic, yet if you know them, you will be able to combine them with many other words and phrases.

Let’s start off with the formal version:

The formal version is two syllables instead of one. It is also treated as a noun and used more in written Korean than spoken. Since it is a noun, the object particle “을” and the subject marker “이” can also be added to it. So for example in a sentence it would read like this:

Once you add the particle to the word, the “s” sound can be heard.

Now for the informal version:

This informal word is also used as an adverb instead of a noun. Subject markers and object markers can also be added to this word.

If we take the sentence example for 무엇 and change it to the informal version, we get this:

Adding the object marker as 뭐를 is a bit awkward, so it changes to a single syllable word, 뭘.

And that’s it! Hope you enjoyed today’s lesson!