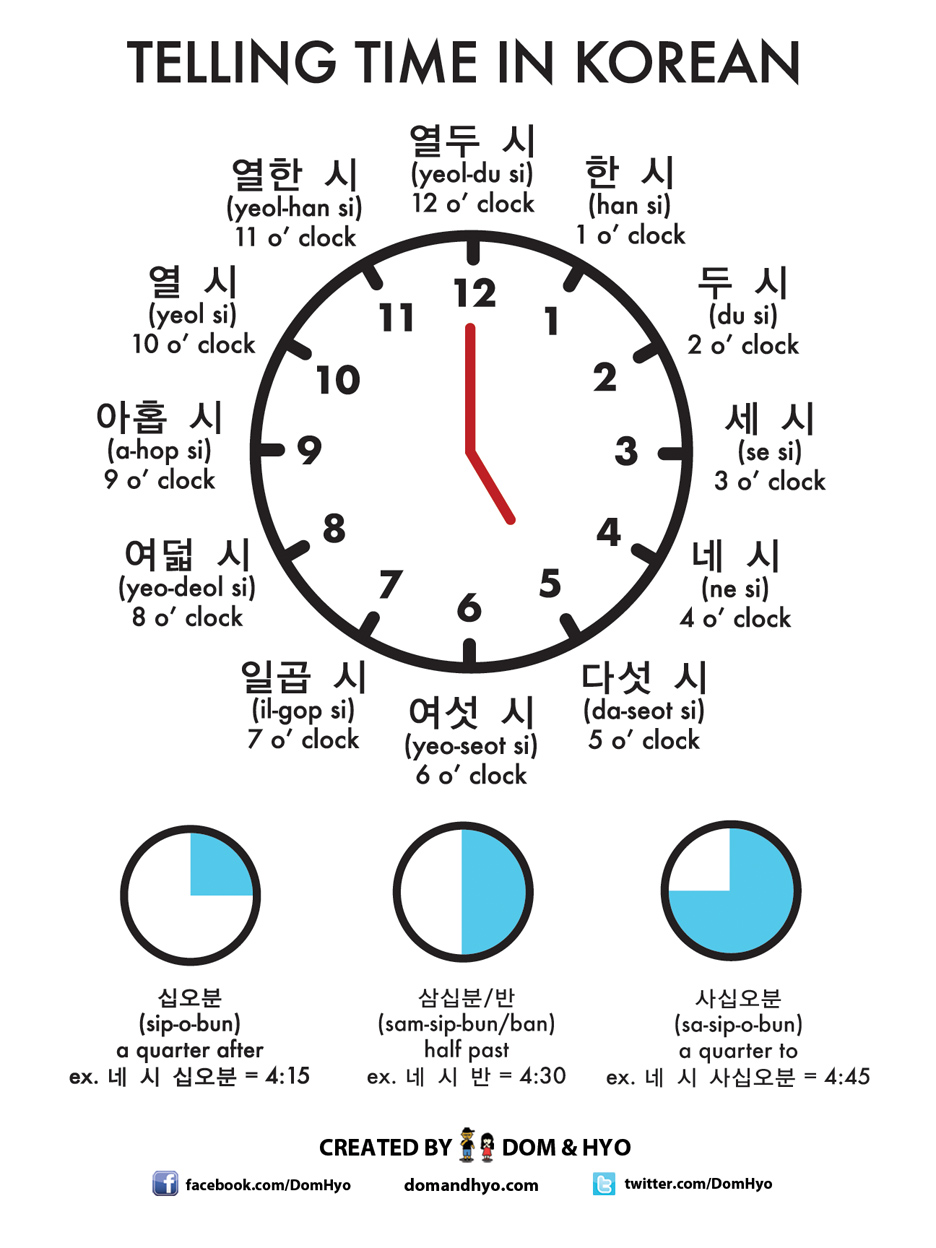 This site contains affiliate links to products. We may receive a commission for purchases made through these links. 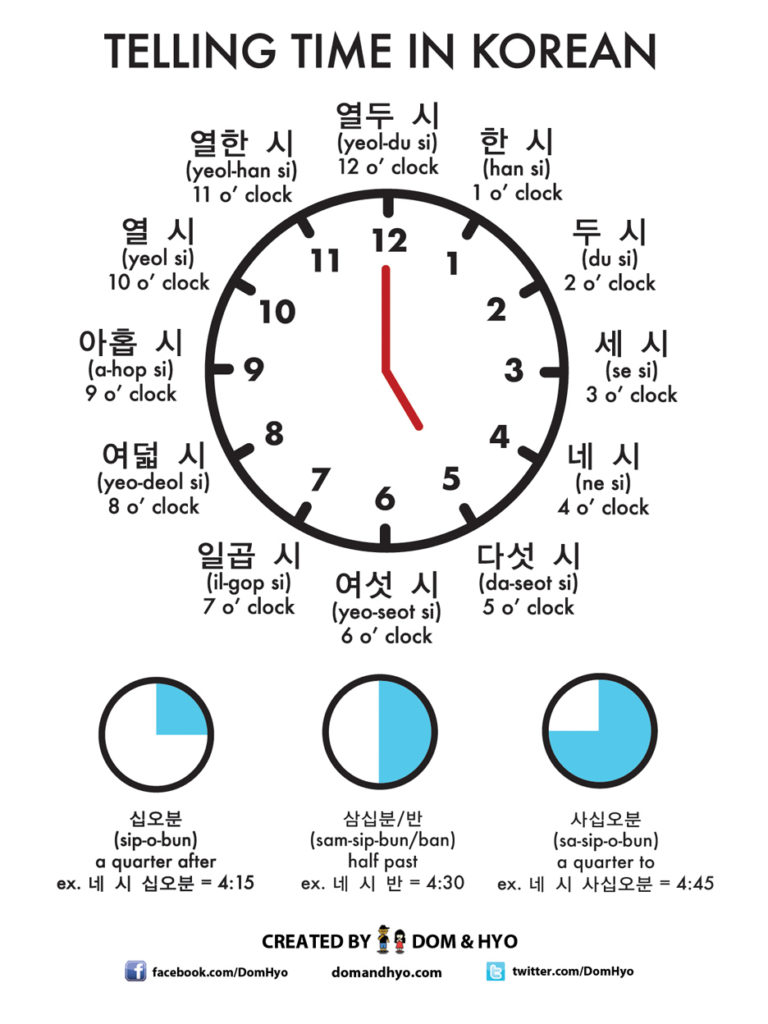 So while trying to think of a new post for the blog, we realized we have never done a post on telling time in Korean. We did do a post on time words here awhile back so this will help with that post as well.

Related posts on how to learn Korean:

Now if you want to say something like it’s two o’clock, then you would add “이예요” or “예요” depending on if the last letter is a vowel or a consonant.

If you want to ask the time:

Also remember that romanization is only a tool. Try not to depend on it too much. Learning the Hangul alphabet is the key to success!

You can always find all of our Korean infographics for free here on the blog, but you can save time by getting all of them at once with our ebook package below: