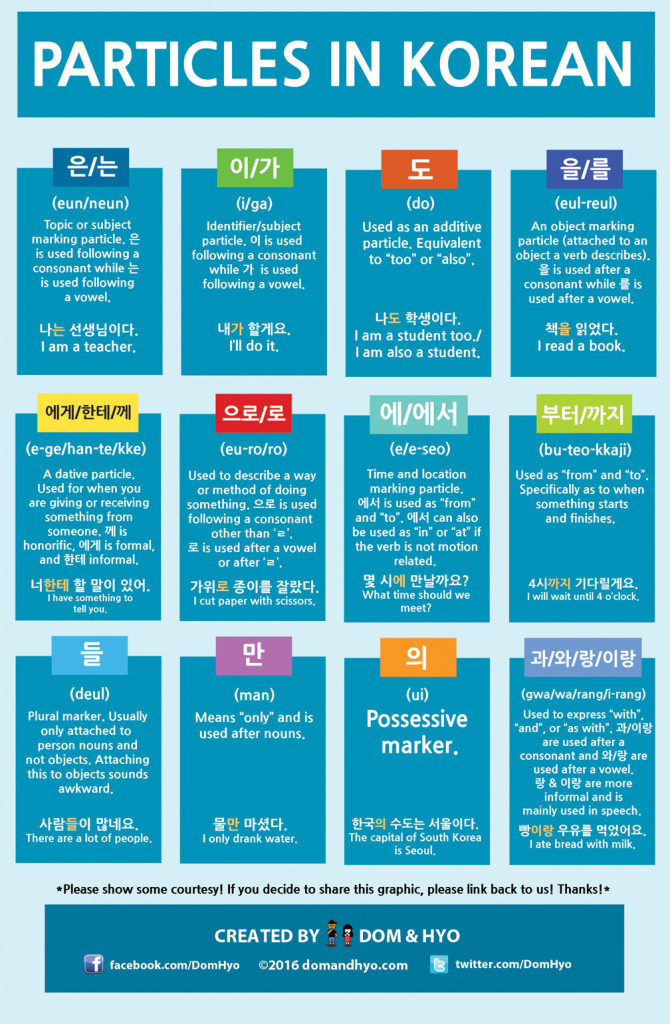 This graphic is only a brief and simple explanation of the particles. There are a lot more nuances about when and how to use them that can’t be covered in one graphic. Check out How to Study Korean for a more detailed explanation of them. They cover them very well.

Particles in this graphic:

Used as an additive particle. Equivalent to “too” or “also”.

A dative particle. Used when you are giving or receiving something from someone. 께 is honorific, 어께 is formal, and 한테 is informal.

Used to describe a method or way of doing something. 으로 is used following a consonant other than “ㄹ”. 로 is used after a vowel or after “ㄹ”.

Time and location marking particle. 에서 is used as “from” and “to”. 에서 can also be used as “in” or “at” if the verb is not motion related.

Used as “from” and “to”. Specifically as to when something starts and finishes.

Plural marker. Usually only attached to person nouns and not objects. Attaching this to objects sounds awkward.

Means “only” and is used after nouns.