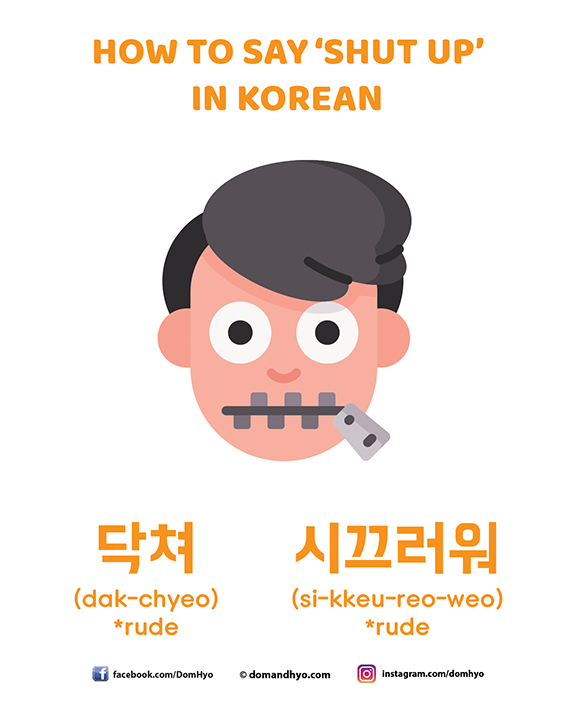 When saying ‘shut up’ in English, it’s a pretty rude phrase to say to someone. Only with a few exceptions would it be thought of with no negative connotations as all. In Korean, it’s also rude, but even more so than in English, and it’s like your cursing at someone or trying to start a fight.

I remember when I first came to Korea to teach English and being the inexperienced teacher I was, I was still trying to get the discipline of my classroom down. I ended up following some very dumb advice from another blogger here back then and used the Korean word for shut up towards a class of mine who was being their usually rowdy selves. I got promptly reprimanded by the school staff. They understood that I didn’t know the full context of what I was saying, but still told me to never say that towards the students or anyone at school ever again.

In this post, we will teach you some of the rude ways that are commonly known, and then some more polite ways to tell someone to keep it down.

Yes, this is the word I used towards my students, and the word you should probably never use. I’ve even seen a few fights in public escalate when someone said this word. To make it even stronger, some people add ‘입’ which means mouth in Korean. 입 닥쳐 basically means shut your mouth.

Another form of this word would be 닥쳐라 which is the imperative form still very rude.

This is another rude form that if you were to use it, it would be towards kids or close friends. Again, we see the word ‘입’ along with ‘닫아’ which is a conjugated form of the verb ‘닫다’ which means to close. So again, the literal meaning here would be ‘close your mouth’. 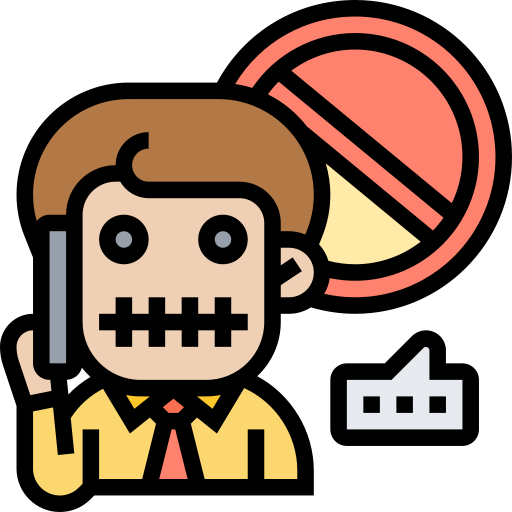 This one is a bit more polite than the others and is used quite frequently. It’s from the verb 시끄럽다 which means to be noisy. It can also be used when you’re joking around with someone and they’re saying silly nonsense that doesn’t make sense. I’ve also used this in the classroom if the kids were getting a bit too noisy. I think it has the right balance of being serious and still not being too rude.

When used by itself, it’s like a mild ‘shut up’, but more of a literal ‘you’re being too noisy’. When used in sentences, it has more of a ‘too noisy’ meaning rather than ‘shut up’.

You still wouldn’t use this with strangers or towards older people.

This is the most polite form you can use, but there’s still a hint of confrontation behind it if you were to say this to a stranger. However, most people would be more receptive to this phrase than any of the others if they were being very noisy. It’s also pretty versatile and other forms include:

These are also used in the classroom quite frequently by teachers. Hope this helps!