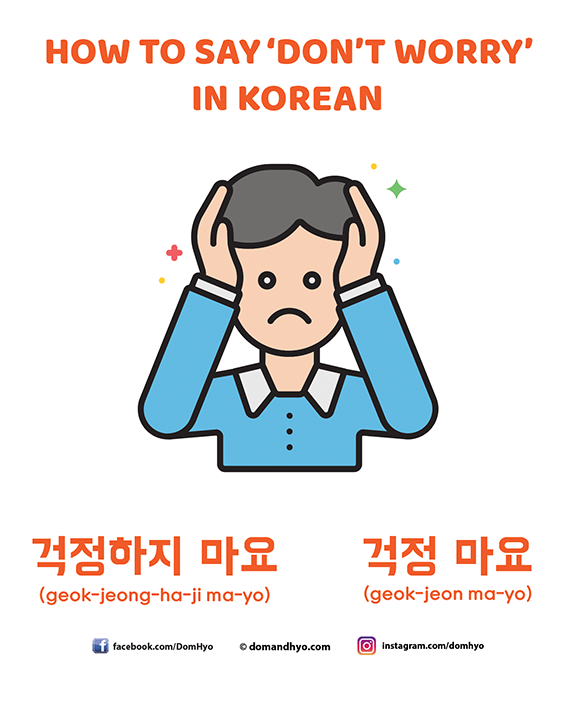 If someone just told you about their problems and you can see they’re stressed or anxious, part of consoling them would be telling them not to worry and how everything will be alright.

This is a verb and it means ‘to worry’. It’s based off the noun ‘걱정’ which means ‘worry’, ‘care’, or ‘concern’. Just a side note…a lot of Korean verbs and adjectives are easy to remember like this. They take a word and simply add ‘하다’ to it to turn it into a verb or adjective.

Like every other verb and adjective in Korean, you can’t just use the word as it is. You have to conjugate it. So let’s show you some basic conjugations for 걱정하다 (standard polite forms).

Now let’s give you some example sentences for each one for context.

Now, I know what you’re thinking. But aren’t you supposed to tell me how to say ‘don’t worry’ in Korean. Correct! But we just wanted to get the basics of the verb for worry down first. 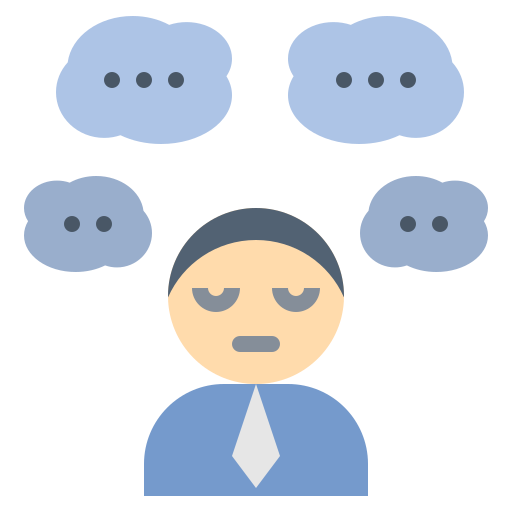 So now, what if you wanted to change this into ‘don’t worry’? Well, you would use the grammar pattern -지 마요/마세요. The usage of this pattern means you want to tell someone not to do whatever the verb is it’s attached to. Let’s do it with 걱정하다.

걱정하지 마요 is less formal than 걱정하지 마세요. And like all other verbs, you can just drop ‘요’ to get 걱정하지 마 and use it with close friends and family. And if you want to get really formal with it, then you can use  걱정하지 마십시오. Let’s use these in a few example sentences!

Finally, do you remember how we told you earlier that ‘걱정’ is a noun? Although it is a noun that you can make into a verb by adding ‘하다’ to it, it does not have a Hanja equivalent. This means that it’s one of the few words you can use directly with verb stems. So basically you can drop out the ‘하지’ part in the earlier forms and simply use ‘마요/마세요’:

You can feel free to use this version as well if it’s an informal situation with your close friends and family.