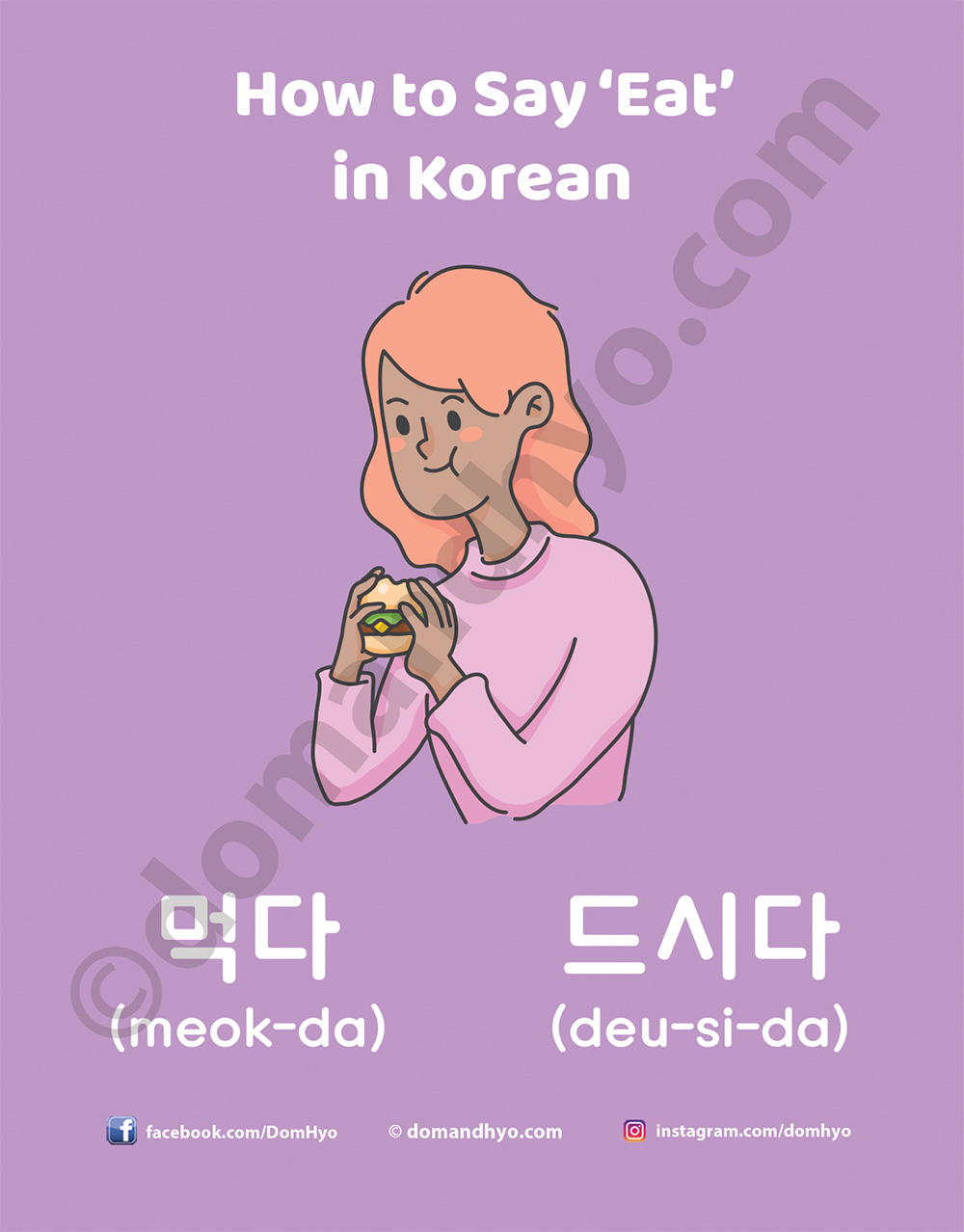 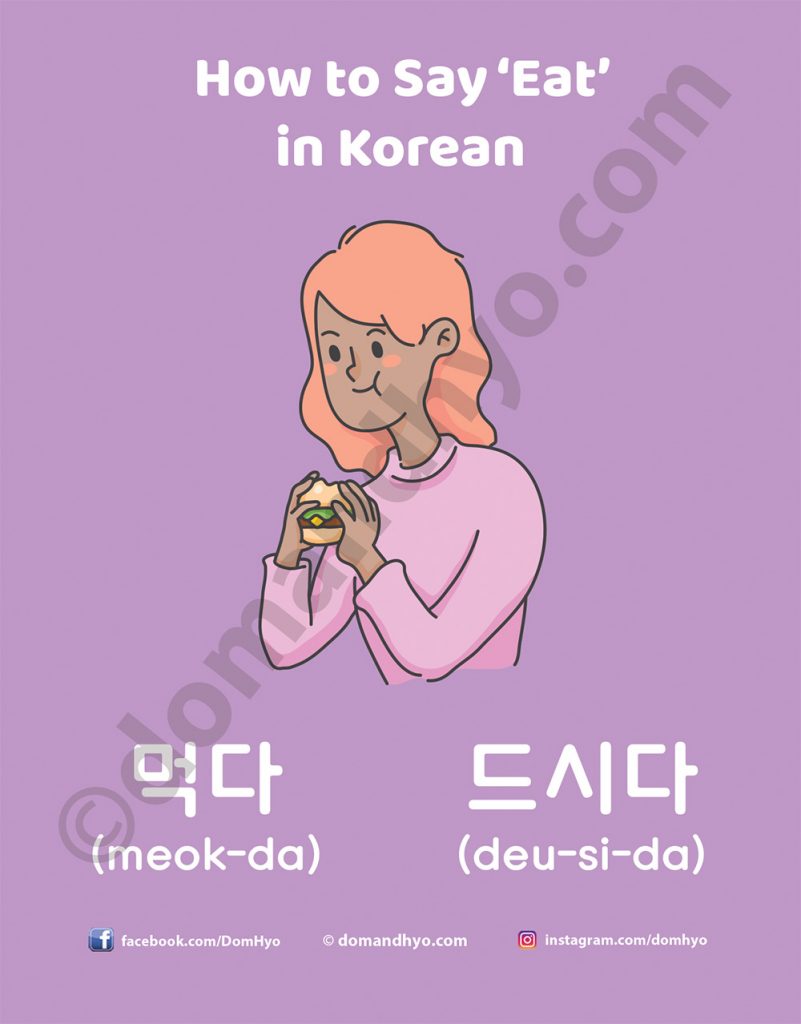 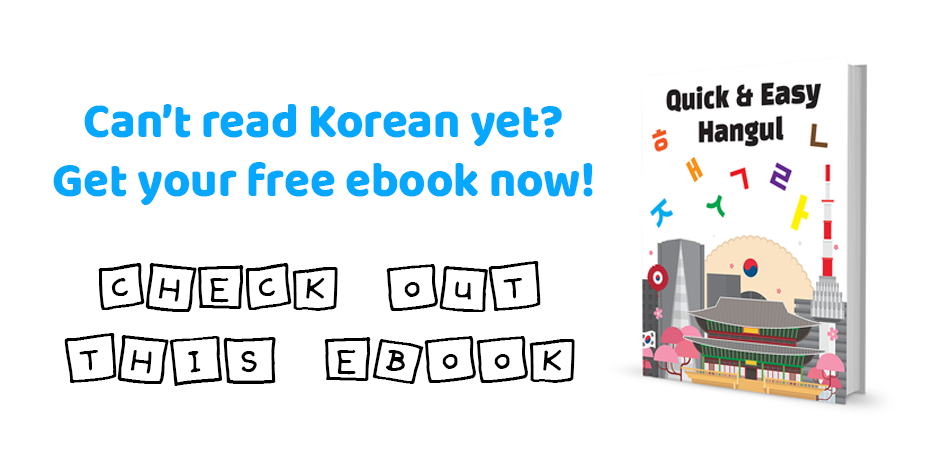 If it’s one thing you should know about Korean culture, it’s that eating is a big part of it. It’s a communal thing for people to enjoy and even eating alone is seen as something weird to do (although this is changing and more and more people don’t care about eating alone).

You can even ask how someone is doing by simply asking “Have you eaten yet?” (밥 먹었어?). Today, we will show you the many ways to say ‘eat’ in Korean.

This is the most basic and common verb for eating. You will probably hear this one the most often. You can use this word with people you know, towards people younger than you, and to family. Hopefully, it’s fairly easy for you to remember. Let’s look at the basic conjugations (declarative with Romanization) for this verb.

And finally, here are some example sentences for 먹다:

Got it! Great! Now let’s move on toe some formal ways to say ‘eat’ in Korean.

This second way of saying eat is the honorific form. You would use it as a sign of respect towards your boss, higher-ups, elders, and people older than you in general (unless they give you permission to use 반말).

A common phrase using this verb is ‘맛있게 드세요!’ which is the formal way to say ‘Enjoy your meal!’

Let’s take a look at the basic conjugations for this form (declarative and imperative). *Site note, since this verb is already formal, don’t use the informal conjugations. we are showing them to you just for info purposes.*

And here are some example sentences for this verb:

Thought we were done yet? There’s actually one more verb that you can use. However, this one is not used nearly as often as the other two above, and it’s the highest formality you can use.

Now, this version sounds a bit old-fashioned, and as stated before, it’s not used often. It would only be used when you want to show to utmost respect for someone. However, since many people don’t use it, it may sound sarcastic. It’s better to stick with the first two you learned. We won’t show you the conjugation for this one as it’s really not necessary.

Are you hungry now? Try replacing some of the words in the example sentences with other food vocabulary here on this blog: