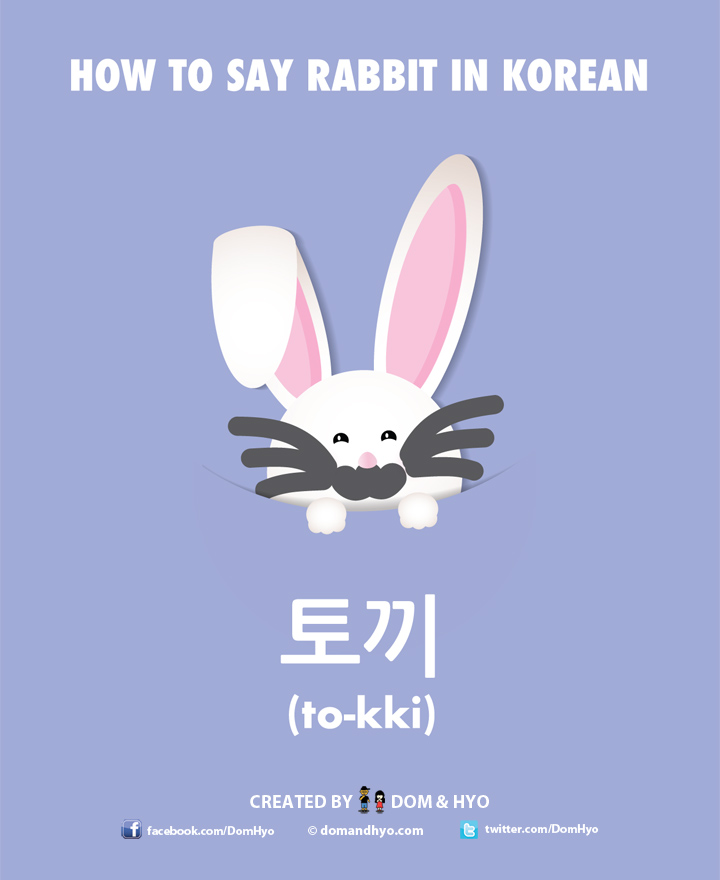 Welcome to today’s word of the day! Today’s word is 토끼 which means rabbit/bunny. You will rarely see rabbits in Korea unless you are out in the countryside or forest. The sound Koreans use for a rabbit hopping is 깡총깡총 (kkang-chong-kkang-chong).

In Korean culture, there is a folktale called the moon Rabbit (달토끼). In the past, people would look up at the moon and saw that the surface of the moon resembled two rabbits pounding rice cakes under a tree. The full folktale is told around Chuseok and involves a rabbit, a monkey, and a fox. (Read the full tale here).