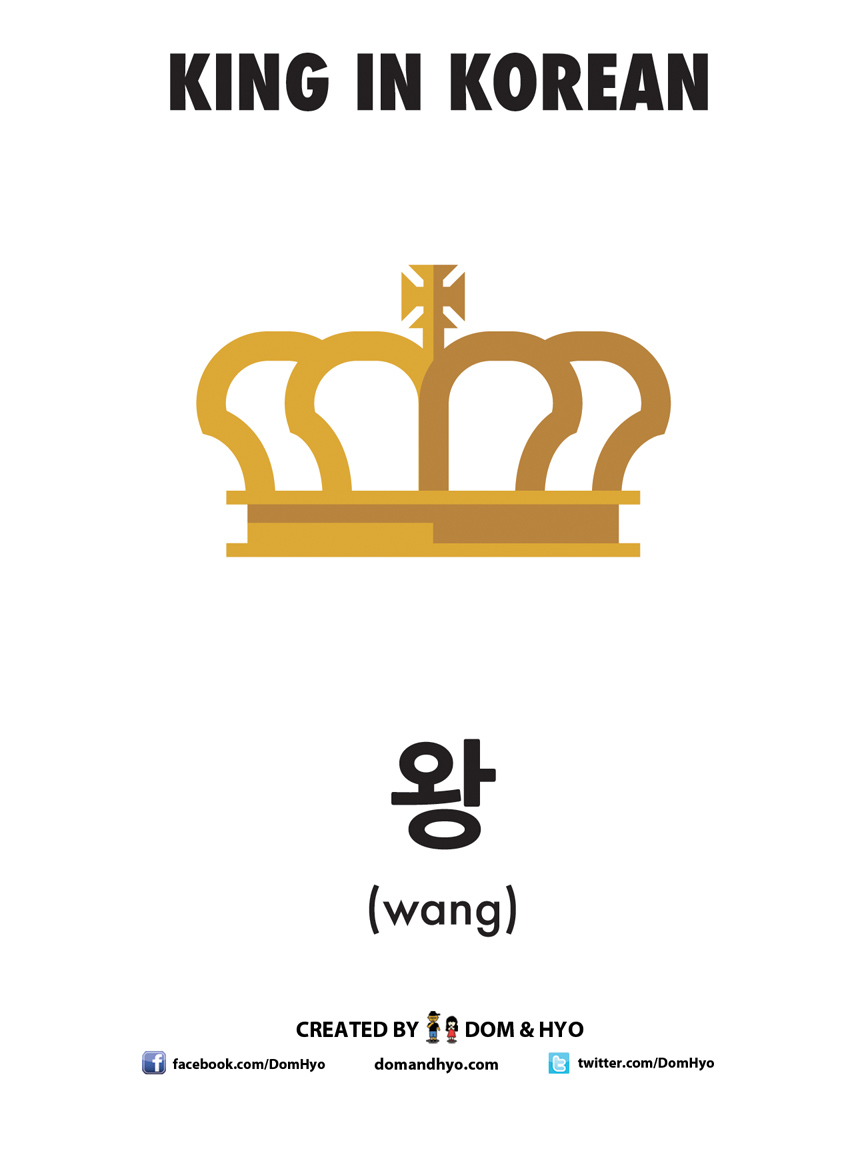 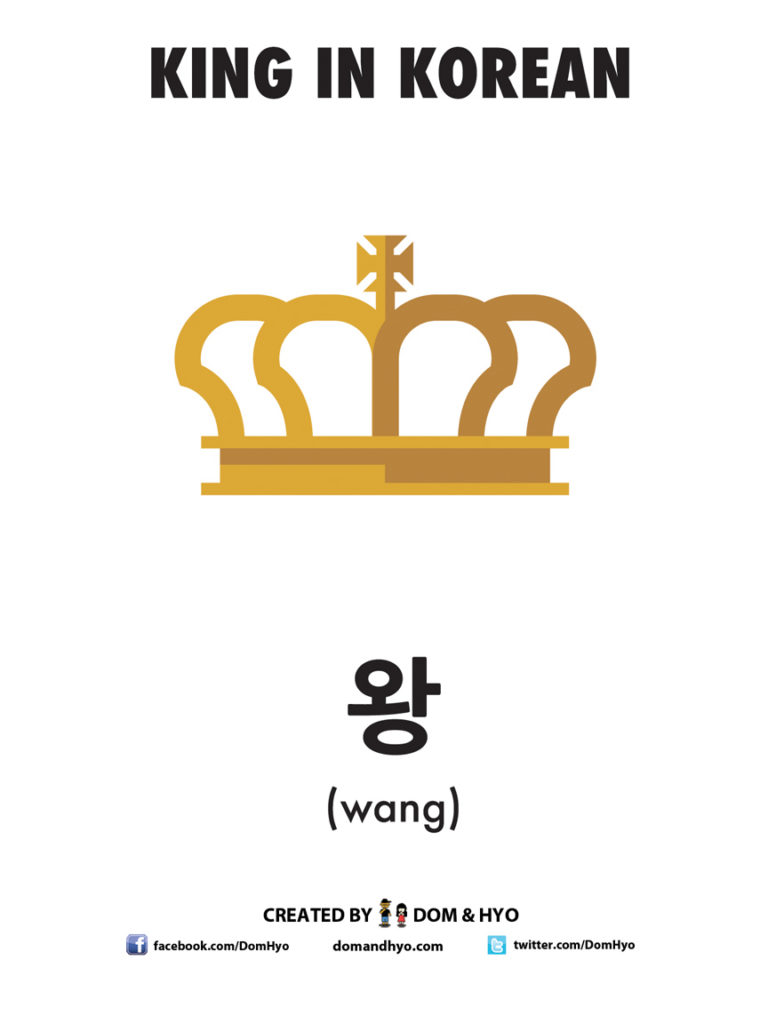 Our word for the day is king. This past weekend, Hyo and I went to visit her father. One of his favorite things to do is watch historical Korean dramas which usually feature kings and/or queens for the Joseon Dynasty. After seeing parts of a show he was watching this weekend, I got the idea to do a short post on how to say king in Korean.

You probably won’t find yourself referring to any current government official as a king, but it’s still a good word to know. Sometimes Koreans will refer to a spoiled son sarcastically as a little king or prince.

Other words that are sometimes used for the word king are 제왕 and 국왕 however, just knowing the word 왕 will be enough.