How to Say Friend in Korean 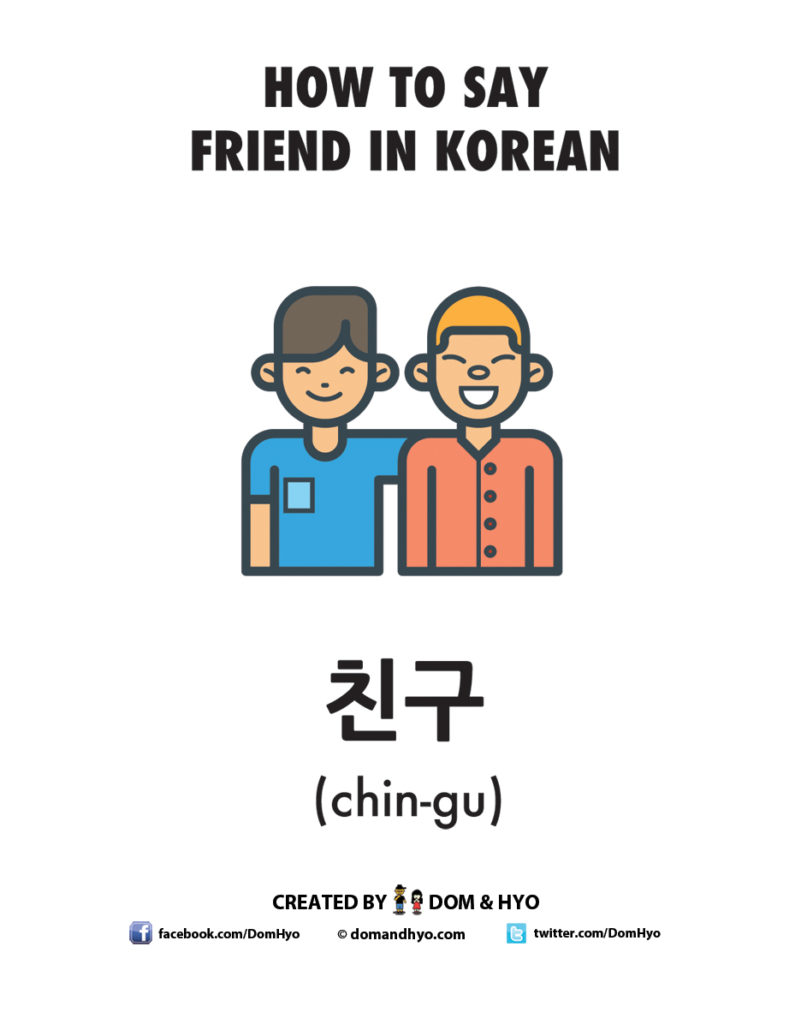 If you want to make some friends help you with your Korean, this word is of course, very important. The word friend can be used in many situations here, but one thing I was confused about when I first arrived, is that you can’t use it for everyone, even if you would be considered friends back in your home country.

In Korea, there is a very strict hierarchy system which is very evident in the language. For instance, very rarely will you call someone, even family members or coworkers by their name. Everyone has titles. The same goes for a friend. Let’s explain further:

Other words that contain 친구:

As you can see, it can be a little confusing at first. Most learners are used to using just one word for friend. But it quickly gets easier and you will remember them quickly if you can consistently studying Korean. it basically becomes second nature.