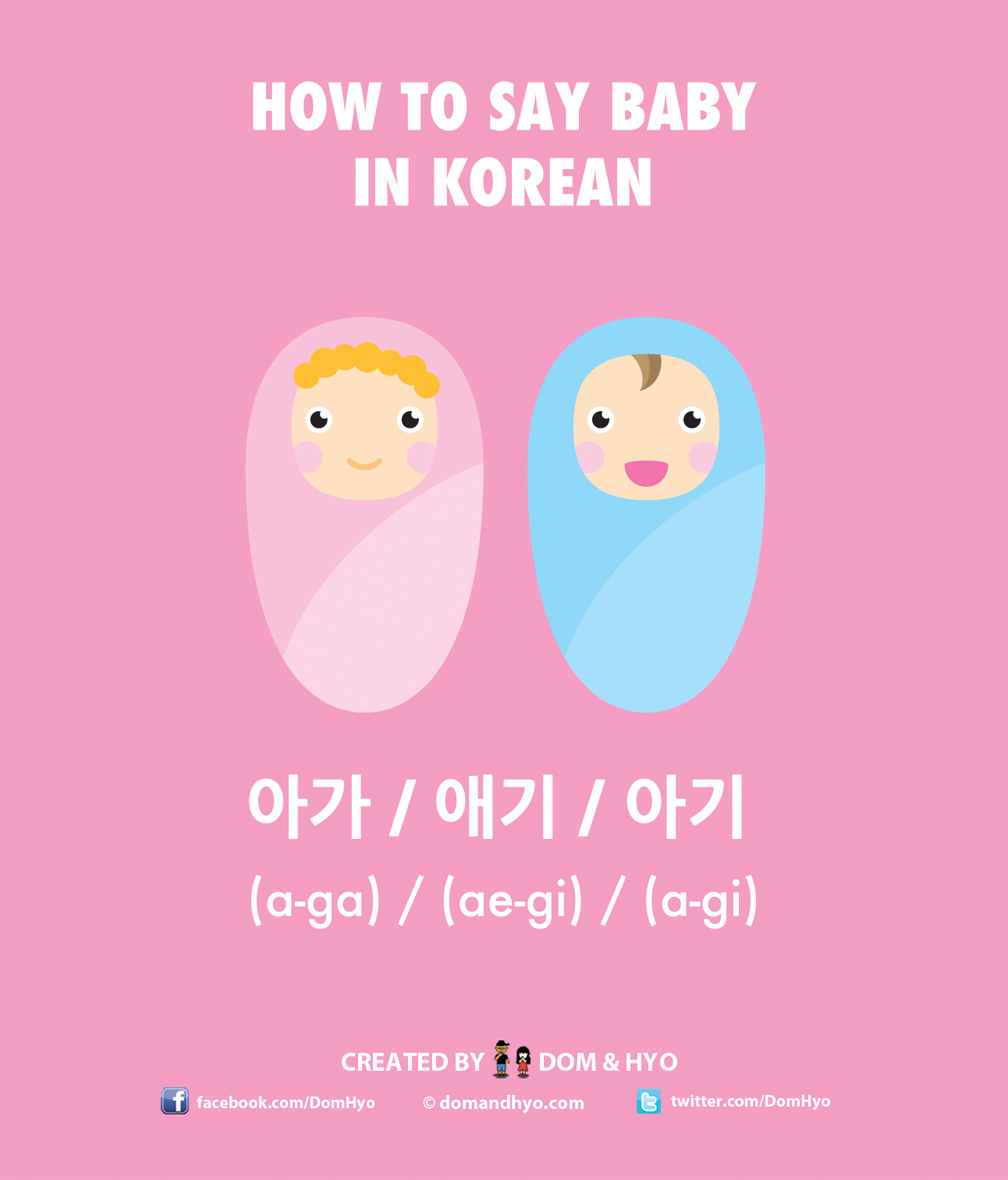 Hey everyone, Dom here. Hope everyone had a great weekend! We visited Hyo’s sister over the weekend and had a blast. Her sister is actually a little over a month pregnant so we’re gonna be an aunt and uncle pretty soon. Pretty exciting! We thought it would be a good post to talk about saying baby in Korean.

Like many other words in Korean, there are several words for one thing that you use depending on the context and meaning. Talking to other people learning Korean, this has been one of the most confusing words as you will hear all versions many times.

So which one do you use? Let’s start with the first one.

This version of baby is used kind of poetically and a cute version of baby (like a grandma telling her grandchild to hush in a sweet quiet voice). For example: “아가야, 울지 마” (Baby, don’t cry). Although many people use this word, it is not the official word for baby since it’s usually used in a calling manner. People also use this for calling out to their daughter in law as a way to show closeness.

This is the formal/official word that you can use for baby. It can also refer to baby animals.

This is a cute/informal way of saying the word 아기. It can also be used as a nickname for sweetheart between lovers.

This is the Konglish version of the English word baby.

If you’re looking to call someone you’re romantically involved with “baby”, you would use the word 자기/자기야 (ja-gi/ja-gi-ya).

It can be pretty easy to get these words confused. The best way is to practice and then it becomes natural (although you may still make some mistakes)

Here are some other vocabulary words related to babies and parenting: