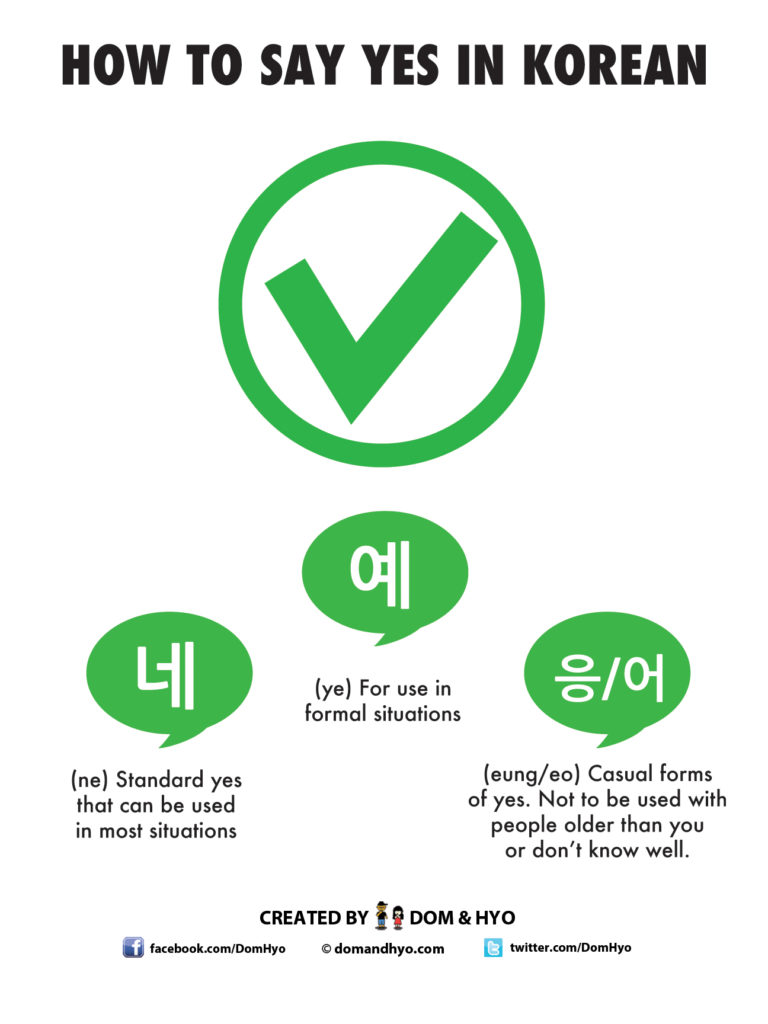 I remember when I first came to Korea that this was one of the first words I learned. I had my little Korean to English dictionary on the 14-hour plan ride over, and I wanted to learn all the very basic words like yes, no, thank you, hello, beer (haha), etc.

Likewise for you, adding this to your vocabulary won’t make you a pro, but you can at least use this when being asked a question.

So let’s get started with the first one…

This is the formal version of the word yes, however, it is not used as much as 네 below, and can almost have a mocking tone towards someone if you use it in the wrong context.

This is the most commonly used version of the word, yes, and it’s probably best if you use this one in most situations.

This is the most casual version of the word yes and is the equivalent of “yea”. 응 is usually used by women and men usually use 어.

응 is also seen as cuter and can be abbreviated in text by typing “ㅇㅇ” because it’s easier to type these characters on the keyboard.

Although these are commonly used in daily conversation, they are also used frequently in texting and may be considered a variation of slang. It is not recommended to use these around people older than you or people you don’t know very well.

It would be seen as very rude in those cases.

Some other things you should know about the use of 네 is that it can also be used like that word “what” when you didn’t hear or understand something.

네 can also be used in an “I beg your pardon” type of way as well.