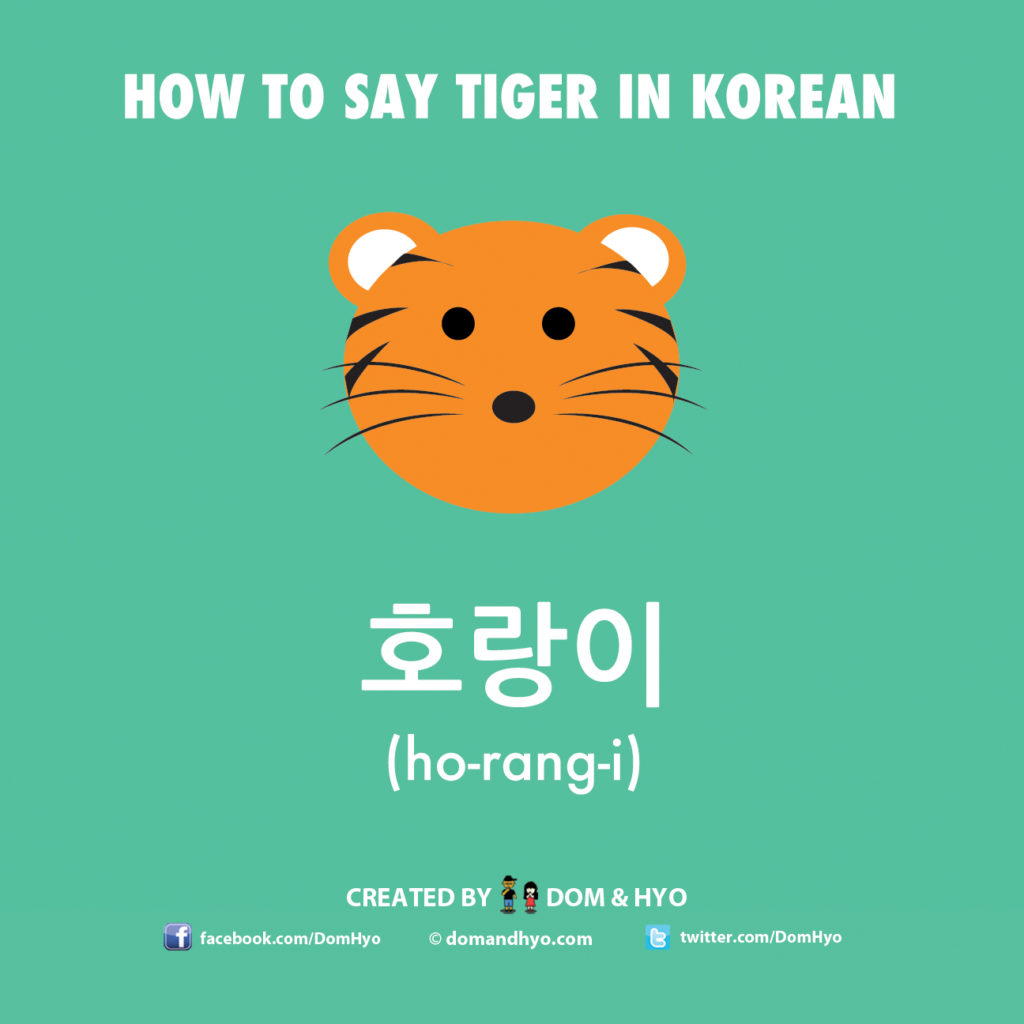 The word for tiger in Korean is very similar to the word for cat, 고양이 (go-yang-i).

The animal itself has a lot of cultural importance and history in the country. If you watched the Olympics in Pyeongchang this, year, you saw that the mascot was a white tiger.

The tiger in Korean folklore is said to be the country’s protection. Some even think that the country (North and South together) resembles that of a tiger. The tiger has long been admired for its fierceness and bravery.

Long ago, tigers could be found all over the Korean peninsula. However, there are nonexistent except for some rumors that a few still exist in the DMZ.

The sound a tiger makes in Korean is 어흥 (eo-heung).