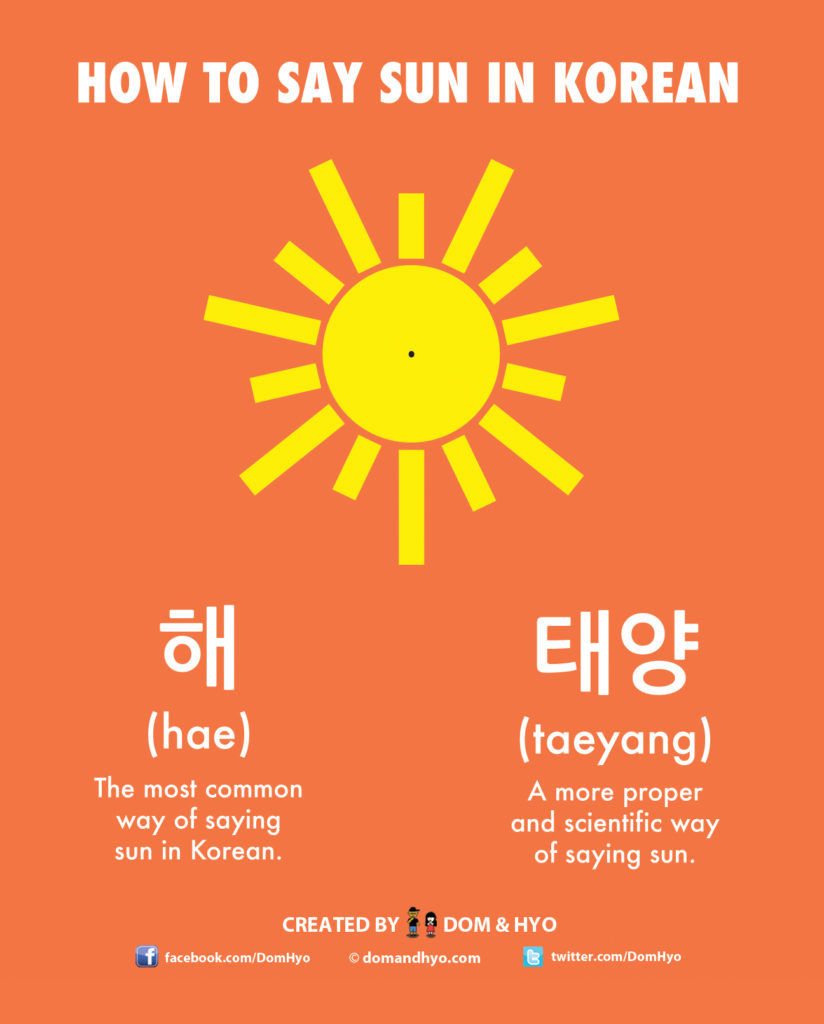 There are two ways to say sun in Korean.

The first way is the most common and simple way:

Hey! That’s what it sounds like. You will hear this version in daily conversation so if you want to refer to the sun, use this word. It is also the pure Korean version of the word sun.

The second way to say sun would be:

This would be like a more poetic or scientific expression of the word sun. You might hear this in songs and poems a lot to put more emphasis and feeling into the word.