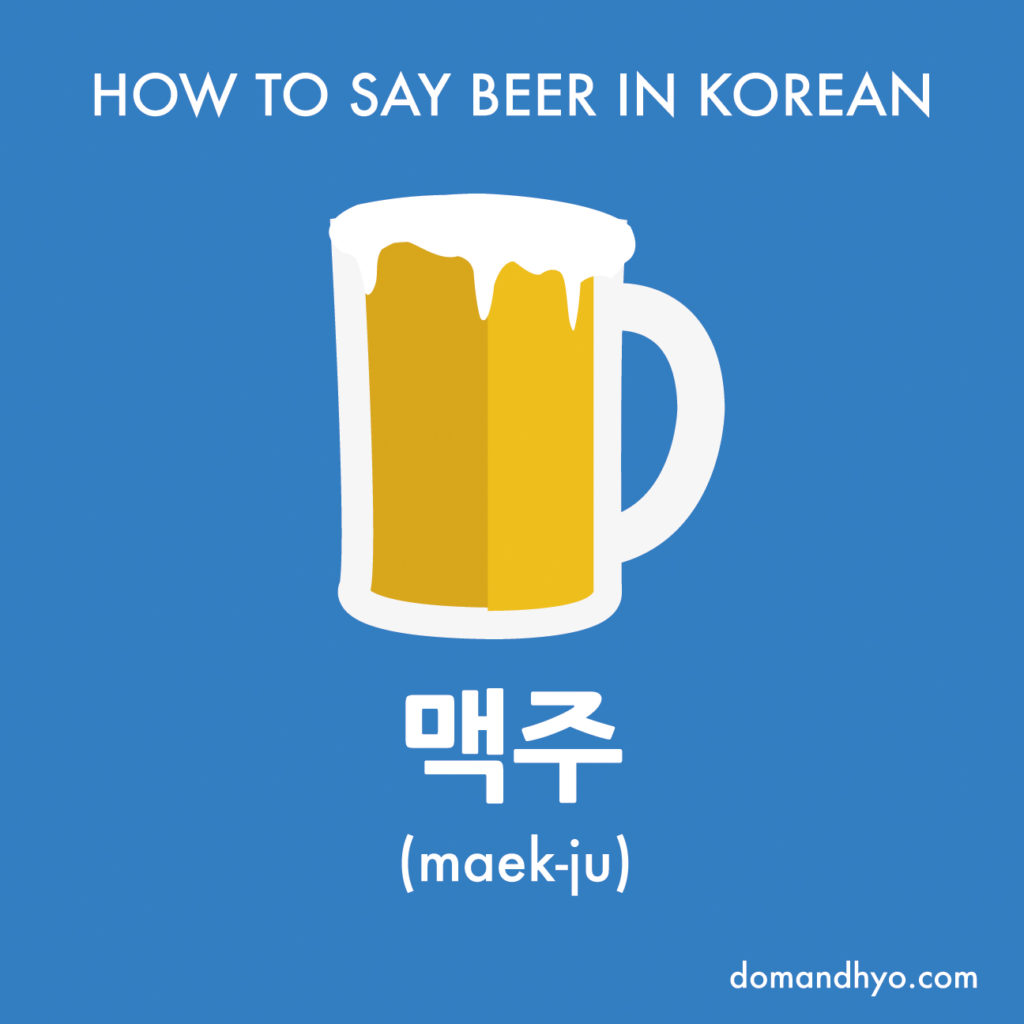 A lot of people love beer. It’s no different in Korea. Although soju is the number one alcohol in Korea, people love their beer here. Beer in the Korean language is simply 맥주 (maek-ju).

When I first arrived in Korea in 2009, the only brands of beer you could find here were the major Korean brands like Cass and Hite (which are terrible IMO). Craft beers were unheard of, and the only foreign beers you could find would be be at pubs and bars and they were expensive.

Now, you can find huge selections of beers at the local and big chain marts. Most restaurants that serve strictly Korean food however still mainly serve Cass and Hite.

If you are at a restaurant and you want to order a beer, you would say:

The word 한  in this sentence means ‘one’ and 병 means bottle. So if you wanted two bottles, you would say 두 병 instead and so on.

If you just want a glass, then you would say:

Many Korean enjoy going to what they call hofs (호프) to drink beer. Also, if you’re ever in Korean during the summer, a rite of passage is sitting outside of a GS25 or CU (convenience stores) and having a beer late at night. It’s something I also like to do from time to time to just sit back, relax and enjoy the summer breeze.

If you drink beer, what’s your favorite brand? Let us know in the comments!


« Previous Post Basic Korean Verbs You Should Know (Pt.2) Next Post » How to Say Pig in Korean