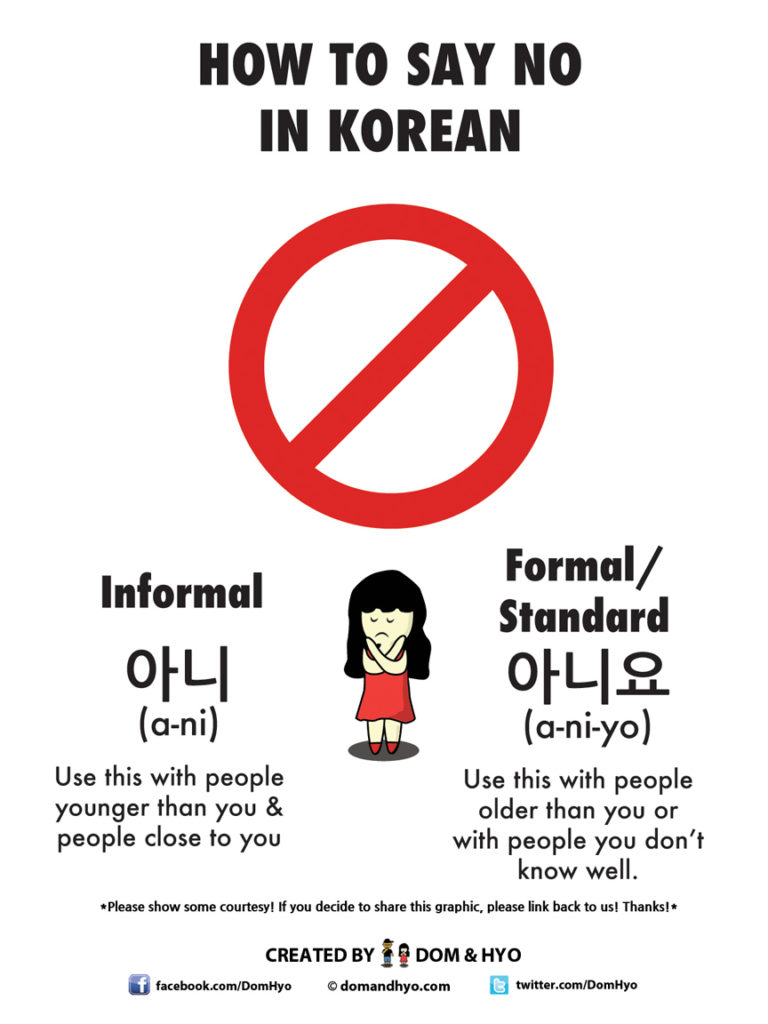 Now here is a simple word that you should know in any language. You don’t want to be caught in an awkward situation where you want to tell someone no, but don’t know how to.

Like many other phrases we’ve covered, there are formal and informal ways to say no in Korean as well as other variations.

Let’s start with the ones we covered in the infographic.

This is how you would say no to someone close to you or towards someone younger than you. It’s very simple and easy to remember.

If you want to say no to someone older than you or to someone who is not that close to you, then use this version (basically just adding “요” to the informal version)

There are also other ways you can express “no” or that you don’t want to do something.

If you hear this, it is basically saying you can’t do something.

Can I watch TV before eating?

This means “It’s not.” If you already know the verb 이다 (to be) then its opposite would be 아니다 which can be conjugated to 아니에요. The casual form of this would be 아니야.

That is not a cat.