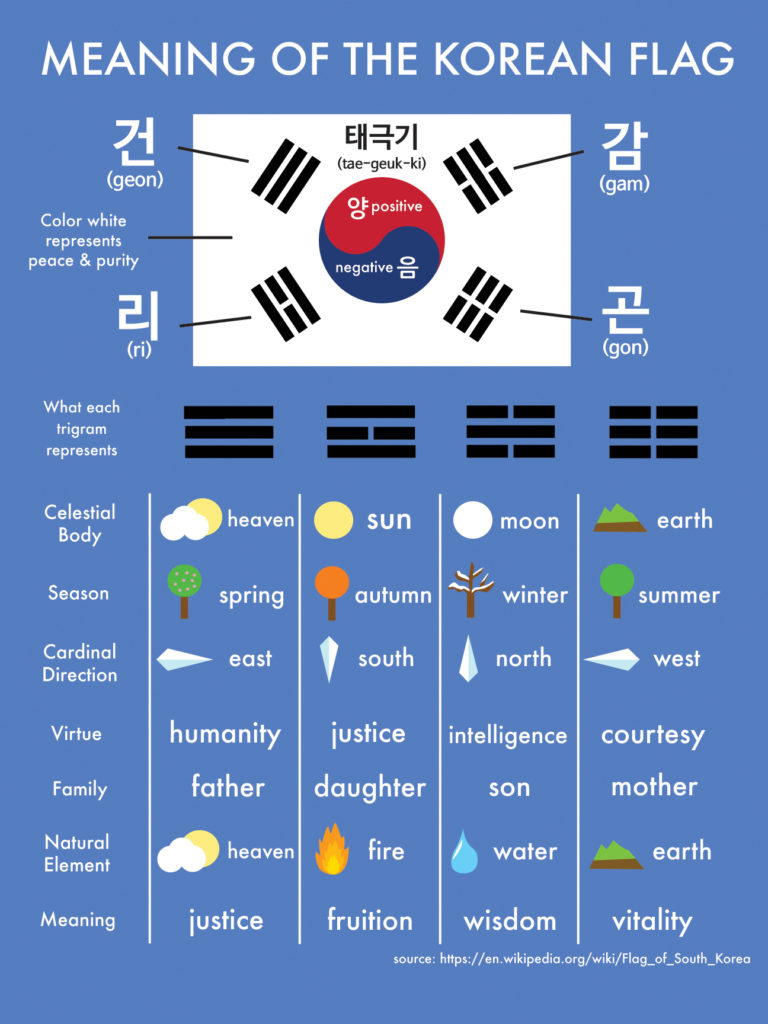 The South Korean flag is probably one of the more immediately recognizable flags of the world. It has a very simple and easy to notice design. However, there are deeper meaning behind the colors and symbols on the flag.

The first things you might notice on the flag are the blue and red colors that make up the circle in the middle of the flag. Most of you might realize it looks like the commonly known yin/yang symbol and that’s because it is.

It’s a slightly different variation as it’s turned 45 degrees and the colors are different. In Korean, it’s known as 음양 which describes the positive and negative balance of the universe.

The next things you might notice is the color of the flag. The color white represents peace and purity and was a common theme found throughout 19th century as a popular color choice for clothing.

Finally you will see 4 sets of lines on the outside. These are called trigrams and as you can see in the infographic, they represent different things separated into 7 categories.

The earliest versions of the Korean flag actually had 8 sets of these.

The names of these are based on hanja.

Hope this infographic was helpful!