How to Say Star in Korean 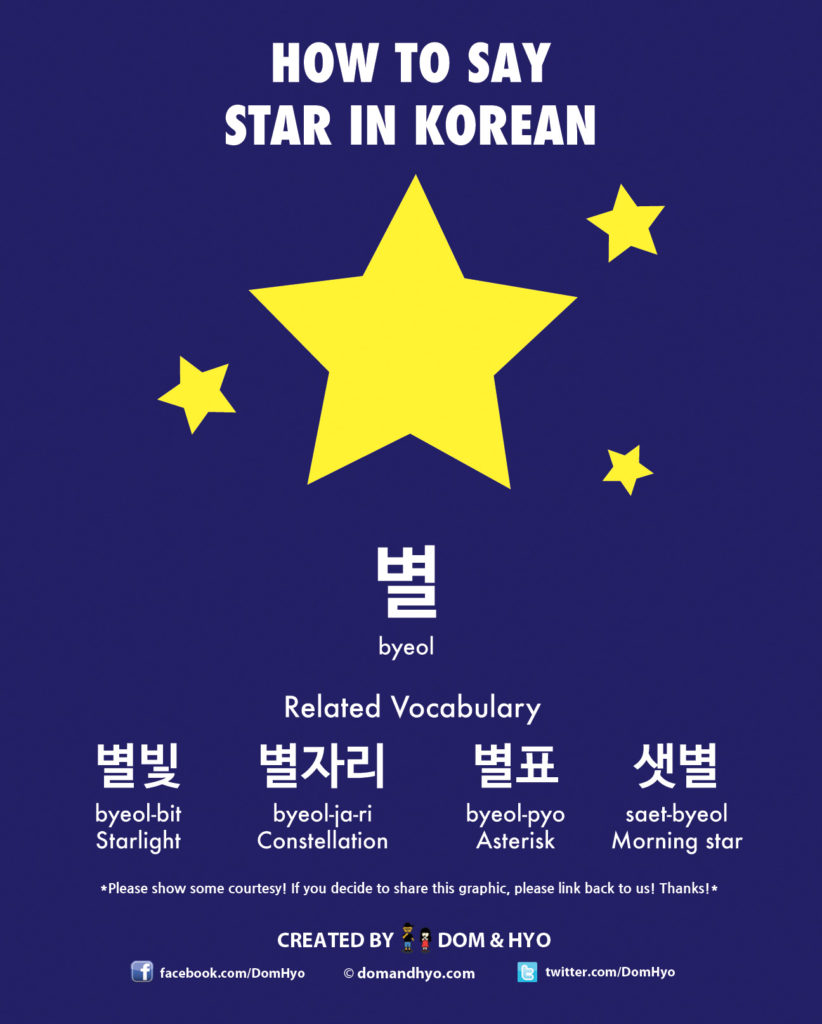 We did a post on the solar system awhile back, but never got around to some of the other space vocabulary we intended to do. So today, we’re going to start off with just simple one. The word for ‘star’ in Korean.

The word for star is 별.

It’s a very simple and easy to remember word.

Korean like English is great in a sense that other vocabulary words that are related to one word use the same base. So for example with 별,  you could use it to make other words like:

On the flip side, if you wanted to describe a star as in a famous actor or actress, you could use many words to describe them.

This is just the word ‘star’ written in Konglish. Sounds very close to the English version and is not hard to forget.

This is similar to the above and simply means a popular person. The word ‘인기’ appears again and is followed by ‘있는’ which is a variation of the verb 있다 which means to have. The grammar point is a bit too long to explain for this post, but this phrase literally means a person who has popularity.

Now for some randomness. Here is how you can sing the song in Korean:

Wanna become a pro at learning Korean? Check out these books we recommend: