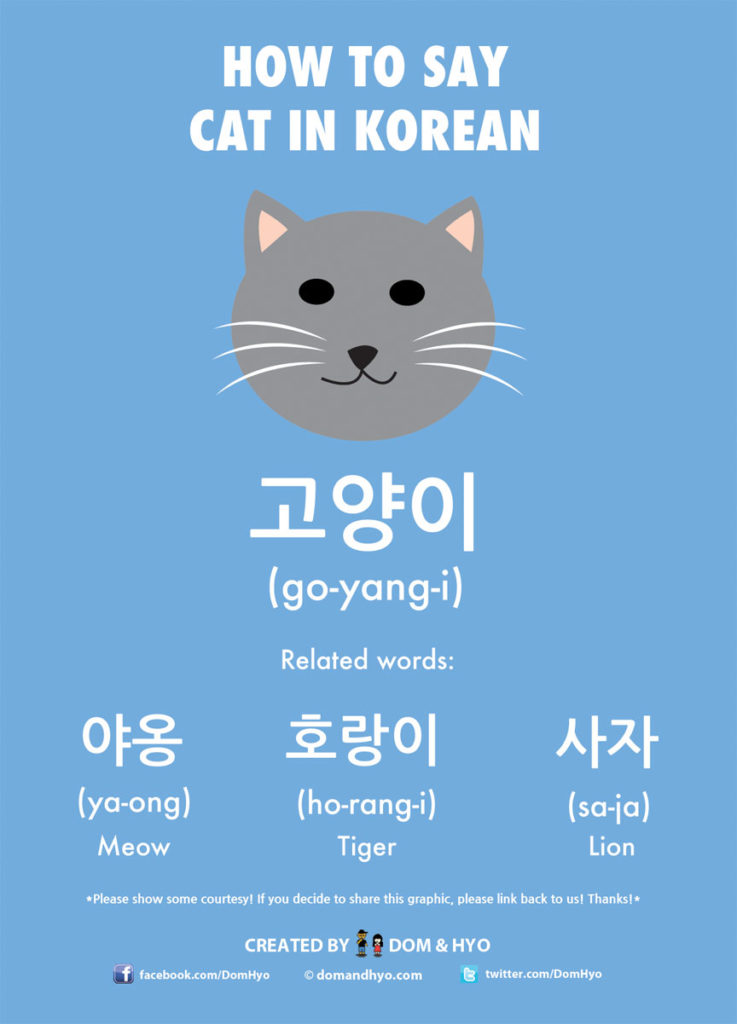 Korea is known for it’s animal cafes. There are plenty of dog and cat cafes around so check them out if you’re ever in Seoul.

The word cat in Korean is 고양이 (go-yang-i) and sounds very similar to another word ‘고향’  (go-gyang) which is a running joke among many Koreans. Many Korean kids who are just starting to learn Korean and form sentences often get the two confused.

For instance, woof woof for dogs is 멍멍 (meong-meong) in Korean which to me, sounds nothing like a dog barking. Click here for more on animal sounds in Korean.

The word for kitten can simply be 고양이 or you can say 새끼고양이 (sae-kki-go-yang-i-). The word 새끼 is used for animal babies but be careful as by itself or paired with other words (which we won’t say here ;p) are curse words.

If you want to describe someone who is a scaredy cat, you would use the proverb 돌다리도 두들겨 보고 건너라 (dol-da-ri-do du-deul-gyeo bo-go geon-neo-ra) which can mean scaredy cat or roughly look before you leap.

This comes from old times when people would knock on bridges to make sure they were sturdy and could hold the people crossing. However, some people needed to be so sure a bridge was safe, that they would even knock on a stone bridge.

Until next time! Study well!