Excuses for Getting out of a Hweshik (회식) 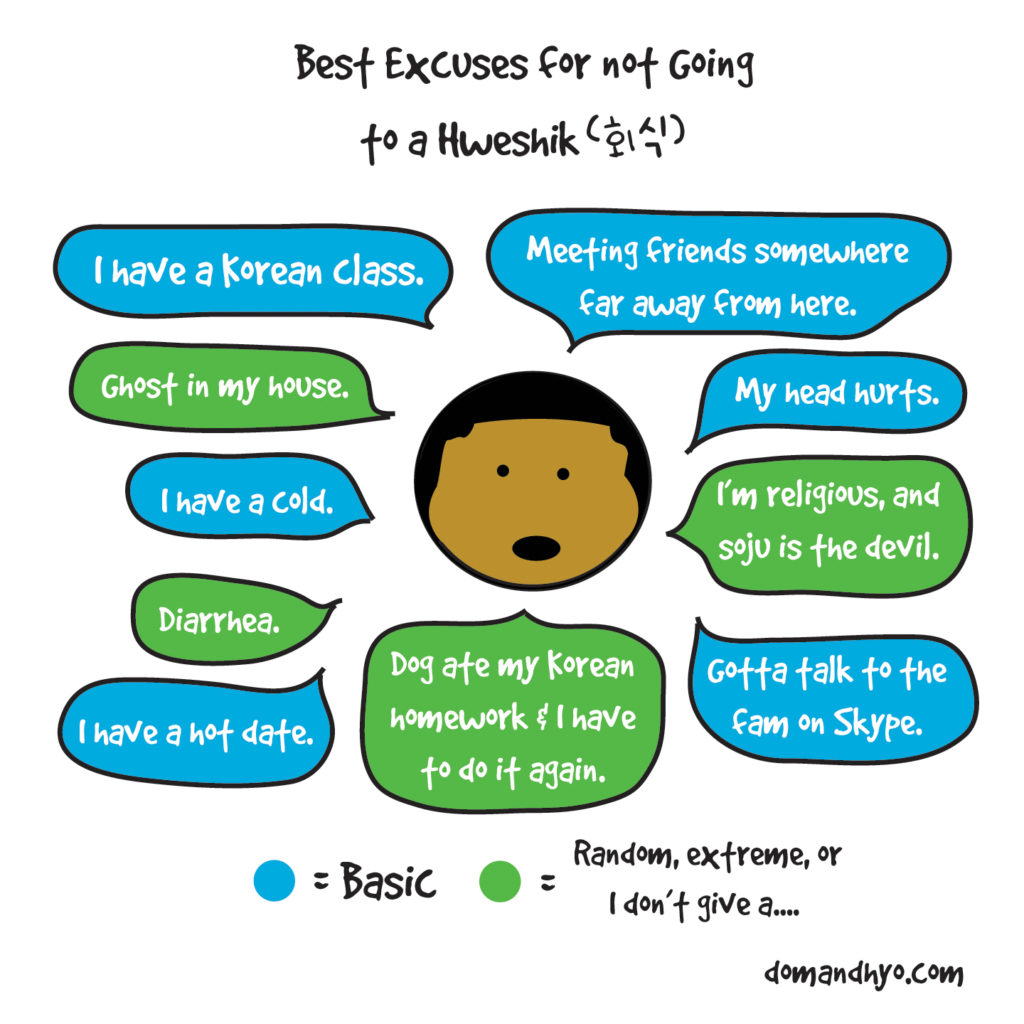 If you ever have the chance to work in Korea, you will eventually be told to go to a 회식. It’s basically a company/school dinner chosen on a random day during the week. It could be celebrating a special occasion or just a general get together among coworkers.

Most Koreans hate it as many people are forced to drink a lot by the boss and other older coworkers. Many people actually have no problem with a few drinks, but don’t like it to be forced upon them. There’s also usually more than just dinner. There’s dinner, and then a second round at a pub, and then of course, the 노래방 (noraebang).

When I first came to Korea, I hated going and used many of these excuses. However, if you work at a public school, you will want to go sometimes and it usually reflects well to your principal and you can eventually get out of coming to school for BS days. Just ration out your excuses wisely. Talking to the family (because of the time difference) has always been a winner for me!