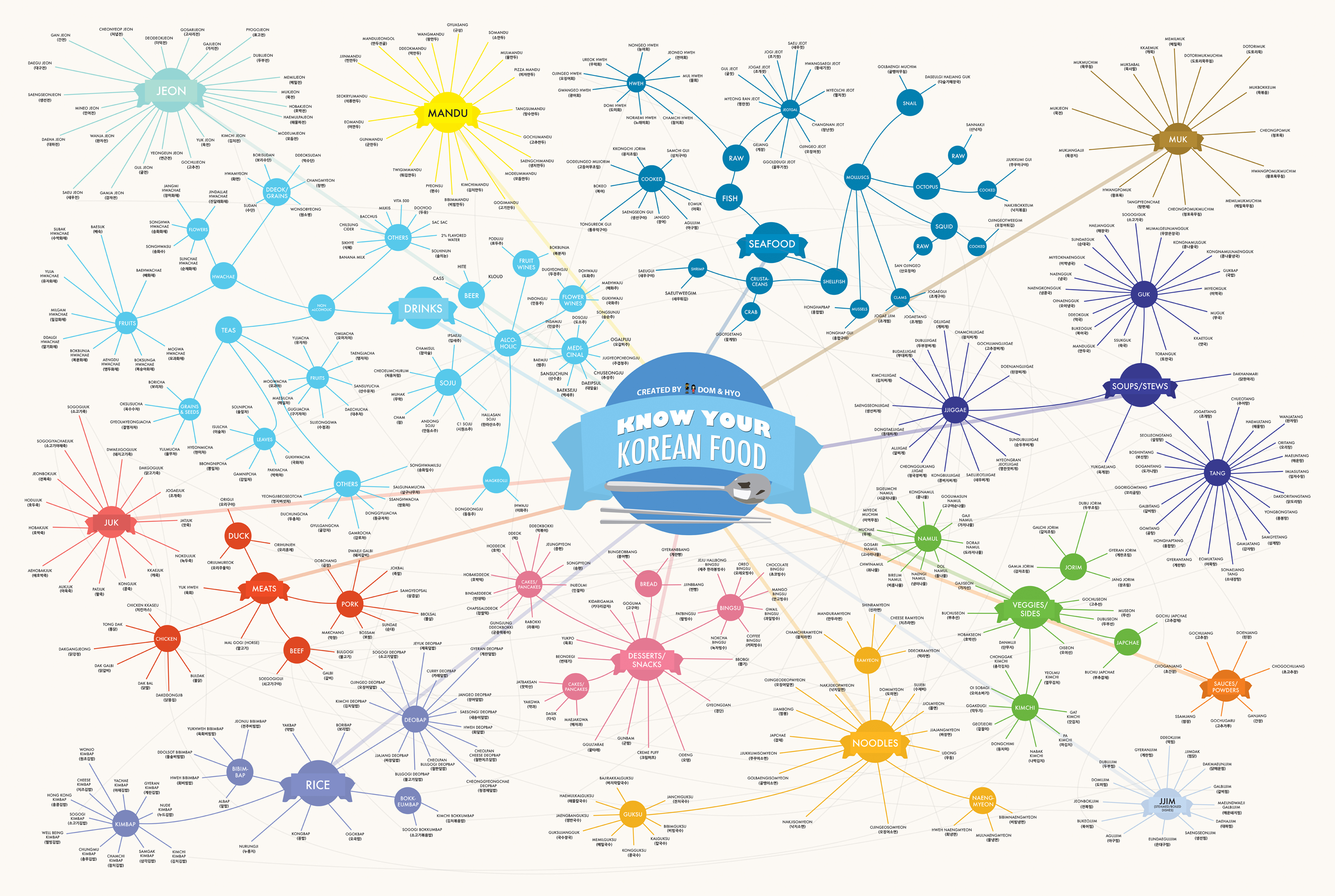 So as you may or may not know, I already made a graphic about Korean food in the form of a periodic table last year. Now while that covered a lot of food, it really didn’t scratch the surface (as I found out while making this one) so I wanted to make a new one covering as many as possible.

This Korean food map/guide took a lot of research and I’ve probably put more hours into this one that any one before it. I was also craving food while making it. I couldn’t believe how many foods I’ve never even heard of and I still don’t think I got them all. I’ll probably do a revision later on as even though I double and triple checked it, I may have left some mistakes and left out some well known foods. Click for a closer look and go try some of ’em out. 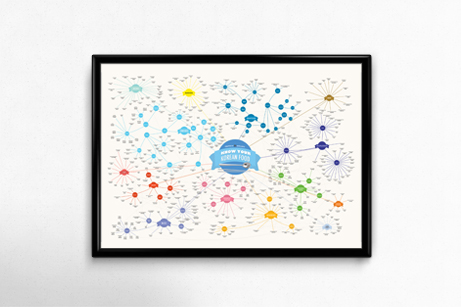