So it’s been a little over 2 years since Hyo and I have been together. Time really does fly when you’re having fun and when I first came to Korea in 2009, I never thought I would meet such an amazing woman.

As I posted briefly last month, I proposed to her on our trip to Jeju and she said yes 🙂

Now begin the preparations for marriage and a wedding next year some time (no definite date set yet). Anyways, I’m sitting here at work with no classes for the day and just wanna write some thoughts about our journey so far.

Like I said above, when I first came to Korea in April of 2009, I thought it would pretty much be a one year thing, then I would go back home. I decided to come because even though I was applying for graphic design jobs, I felt like I needed a change and I wanted see other places than just “Detroit”.

So I ended up in Korea, finished my first year, and wanted to come back. Unfortunately, life had other plans. I didn’t get renewed at my first public school like I wanted (looking back, I really was a bad teacher although the school wasn’t very good), and I ended up having to come back home.

Getting Back to Korea

Thinking I could find another job in Korea as easily as I did the first time was very naive of me. There was a huge influx of teachers coming to Korea during this time as more and more people were finding out about it. My previous school was also giving me bad recommendations and although I hate playing the race card, many schools definitely passed over me because of it.

I came back to to the states from Korea in April 2010, took a trip to California and applied for job in Korea again. I waited…May passes…nothing. June passes…nothing. July passes…nothing, and I’m getting frustrated. Before I knew it, the summer had passed, and it was October. I began to give up on coming back to Korea and just accept that I may have to change my plan. I started to look into teaching in China or Taiwan, but the pay wasn’t nearly as much as Korea, and I didn’t want to put in the time to learn Chinese.

By now, it’s the end of November, and I start looking back into graphic design jobs while still occasionally sending resumes out for teaching jobs in Korea. Then all of a sudden, I had 2 job offers. Even though they were at hagwons, I was interested in anything at this point.

I had 2 choices…a hagwon in Icheon, Gyeonngi-do…or a hagwon in Incheon (similar names so it was a bit confusing)

I ended up taking the offer in Incheon even though the other one offered more money (but no health insurance or pension) and at the end of December 2010, I was on my way back to Korea.

The job started off fine and although relationships had pretty much been off my mind the whole year, all of a sudden, I thought I was a little tired of being a single guy. I didn’t really date anyone during this time, but had lots of outings with different girls in an attempt to maybe find someone. Nothing ever came of anything of those interactions though.

By May 2011, after lots of situations not working out (I’m also very picky), I just pretty much said screw it, I’ll be fine and just decided to enjoy the rest of my time in Korea with the great friends I already had. I also decided to start focusing on learning Korean more.

I remembered a language exchange site that I used during my first year in Korea, signed back up and received a “Hi” from a girl. If you read the first episode, you will know that it was Hyo. We exchanged a few emails and setup a meeting time for about 2 weeks later.

The day before we were set to meet for the first time, I headed down to a friends wedding in Daegu, and got back home late. I was tired and did not sleep well that Saturday night. I was very close to cancelling out meetup but decided to go out and meet her anyways.

One of the best decisions I ever made. We studied, laughed, she spilled hot green tea on me, and from then on, it just clicked. It just felt natural.

We found out that we are both introverted, which meant we understood each other a bit more than others could. I’m a little more extroverted than she is, which means that I do like to go out from time to time to enjoy big groups where I don’t know many people (I still prefer one on one and small groups though as I get drained to quickly). She really doesn’t like these kinds of settings, and I have no problems now if she doesn’t want to go.

One thing that has annoyed me is that people almost seemed offended if we aren’t together at EVERY SINGLE OUTING. I had to learn to ignore these people and realize that I’m not going to force her to go to something that makes her uncomfortable just to please others. She accompanies me with my close friends and that’s good enough for me.

But yeah honestly it’s been an amazing ride. I don’t think I could’ve found a more caring person and she really amazes me everyday with it. Actually before this relationship, I didn’t think it was possible to find someone like this. We were both picky people when it came to dating and were not going to settle for anything less.

We love sharing our cultures with each other and we still learn new things about each other daily. Pretty cool.

And oh…I still would like to tell the story of how I proposed, but I still want Hyo to make a guest post about it :p

I look back at all the decisions I made, and had I not made them, I would not be in this positions right now. I could have easily stayed home in Detroit. I could’ve easily taken the other hagwon job (which was too far from Hyo’s hometown to meet her). And I could have cancelled our first meetup.

Looking forward to a next year date for a wedding ceremony but we are going to start working through the paperwork for my visa now and try to get it done by the end of this year.

Timing and decisions. I think if you follow what you truly desire in life, you can put yourself in a better position to experience the things you want and increase your luck. Just my 2 cents. 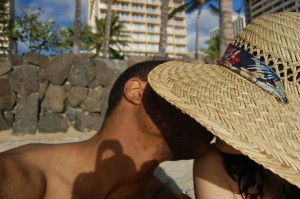