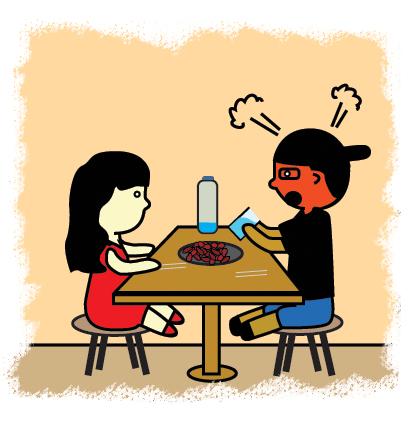 I remember when Hyo first introduced me to 불닭 (bul dak). I wrote about this dish briefly in another post, but didn’t really talk about it. She has introduced me to a lot of new Korean foods that I never tried my previous 2 years in Korea.

Going to the Bul Dak spot near Dongam Station in Incheon was really a spur of the moment thing. We have a favorite Galbi place we like to go to near there, but decided to look for something different. She suggested Bul Dak. After she explained that it literally meant “fire chicken” and was very spicy, I was a little weary, but I was up for it and wanted to try something new.

We got there and she ordered the dish with cheese and some beer. After it came out, it smelled very good and I couldn’t wait to dig in.

I grabbed a piece, ate it, and waited. It tasted good upon the first bite and after swallowing the chicken…then it hit me like a wave of fire. Now considering my time in Korea, I had gotten pretty used to spicy food. I usually add MORE pepper paste to my bibimbap….but this was ridiculous. I quickly grabbed the water and drank a whole glass…then I grabbed some of the beer.

After a minute or two, I started to dig in again, and although it got easier and easier as the night went on, I was sweating and drinking water and beer like crazy….but it was delicious. We went to the same restaurant a second time later on, and she asked to tone down the spiciness for me, and it was better. It is now one of my favorite dishes and I crave it many times though I don’t eat it often because my stomach usually feels bad the next day and I’m going to the bathroom like crazy.. (TMI? haha). 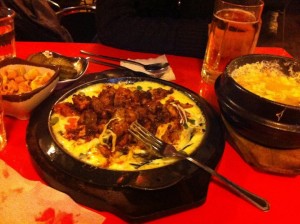 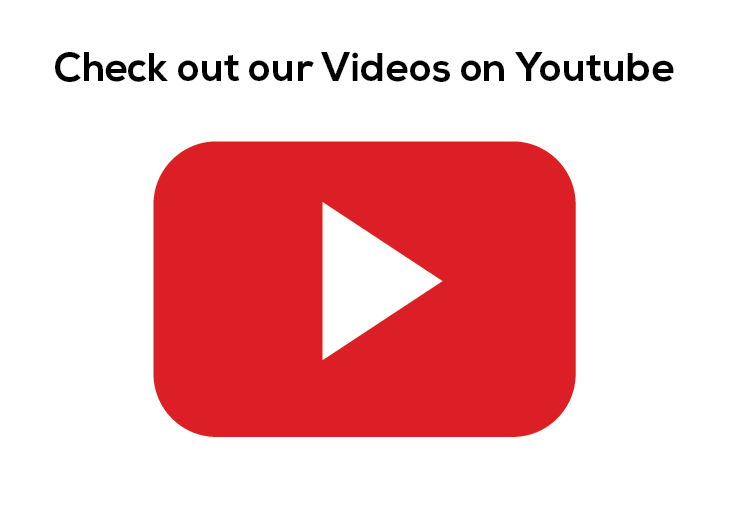